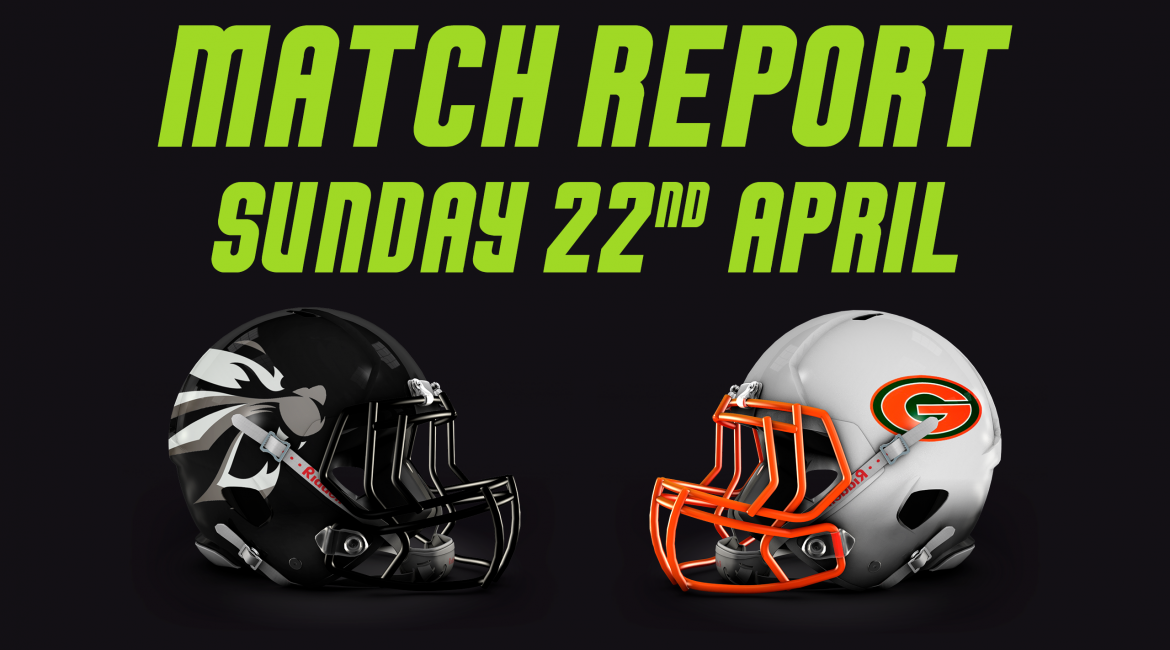 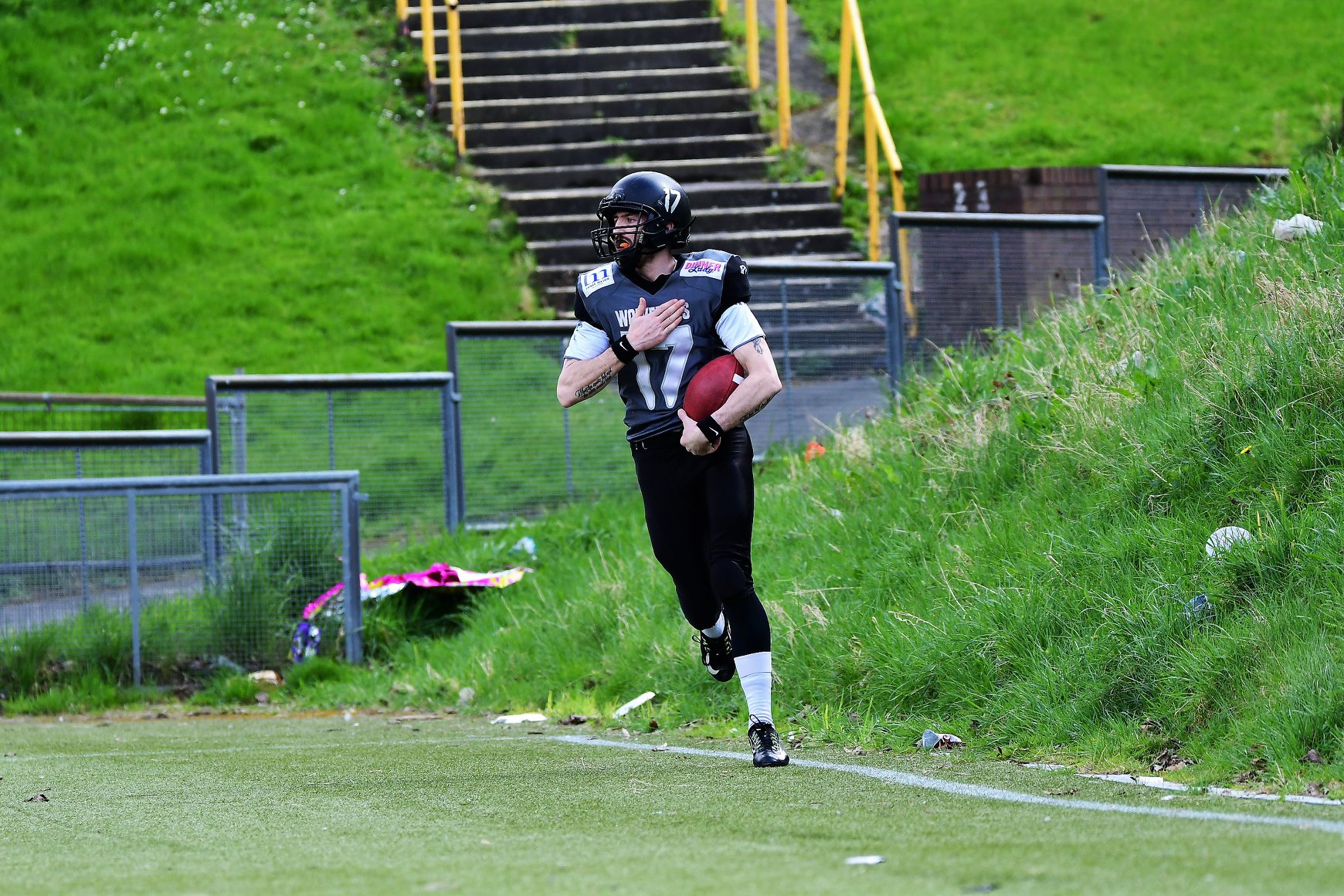 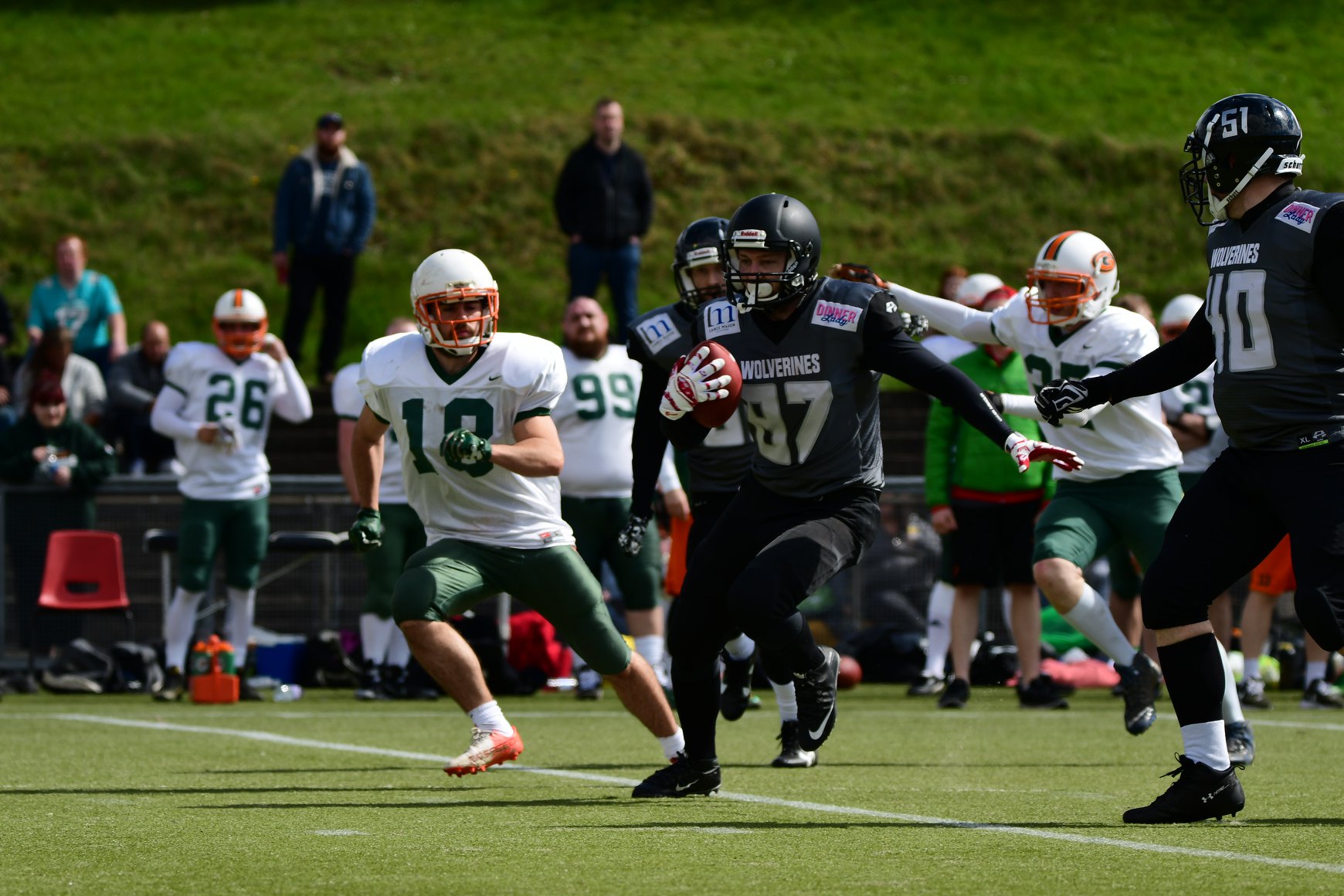 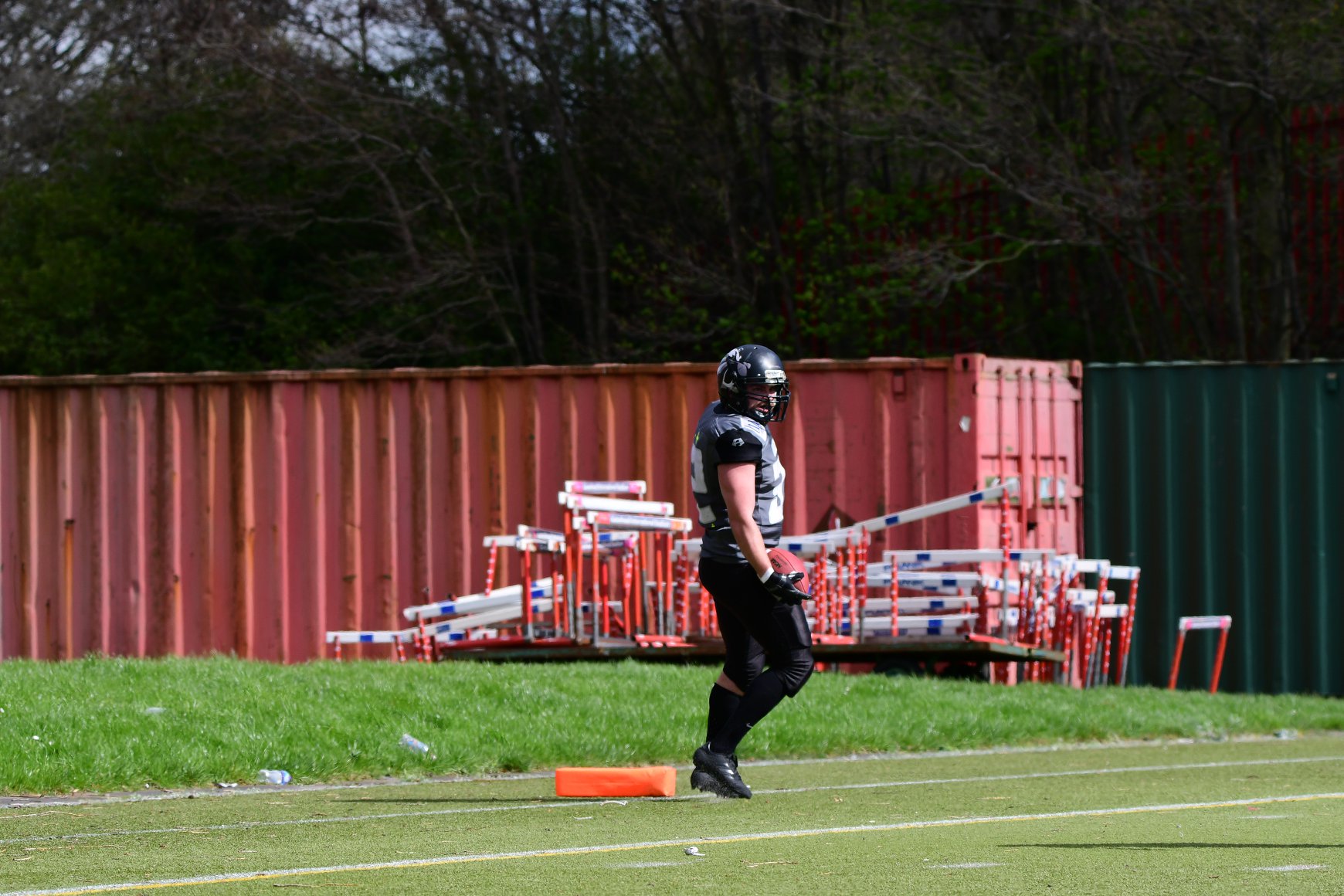 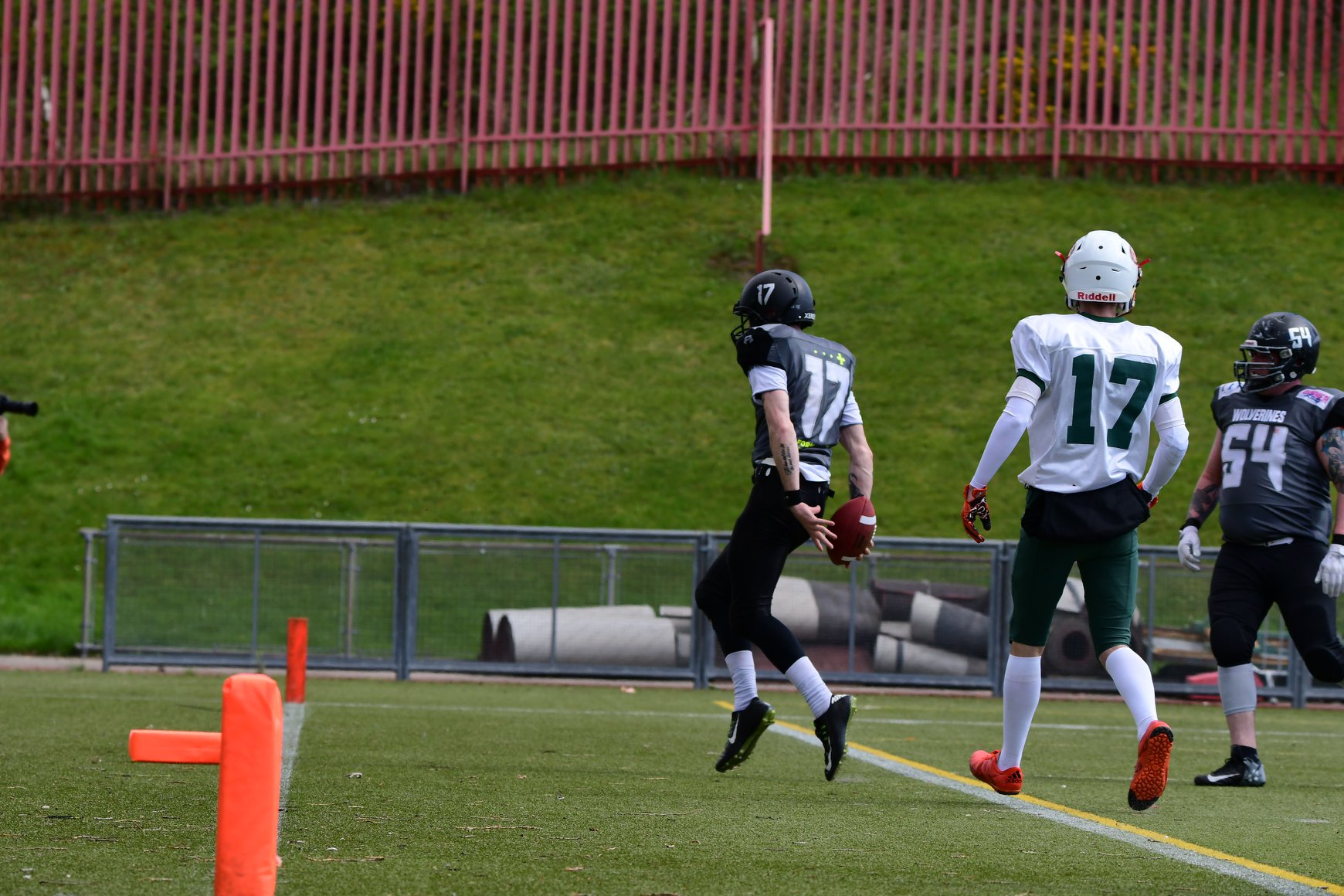 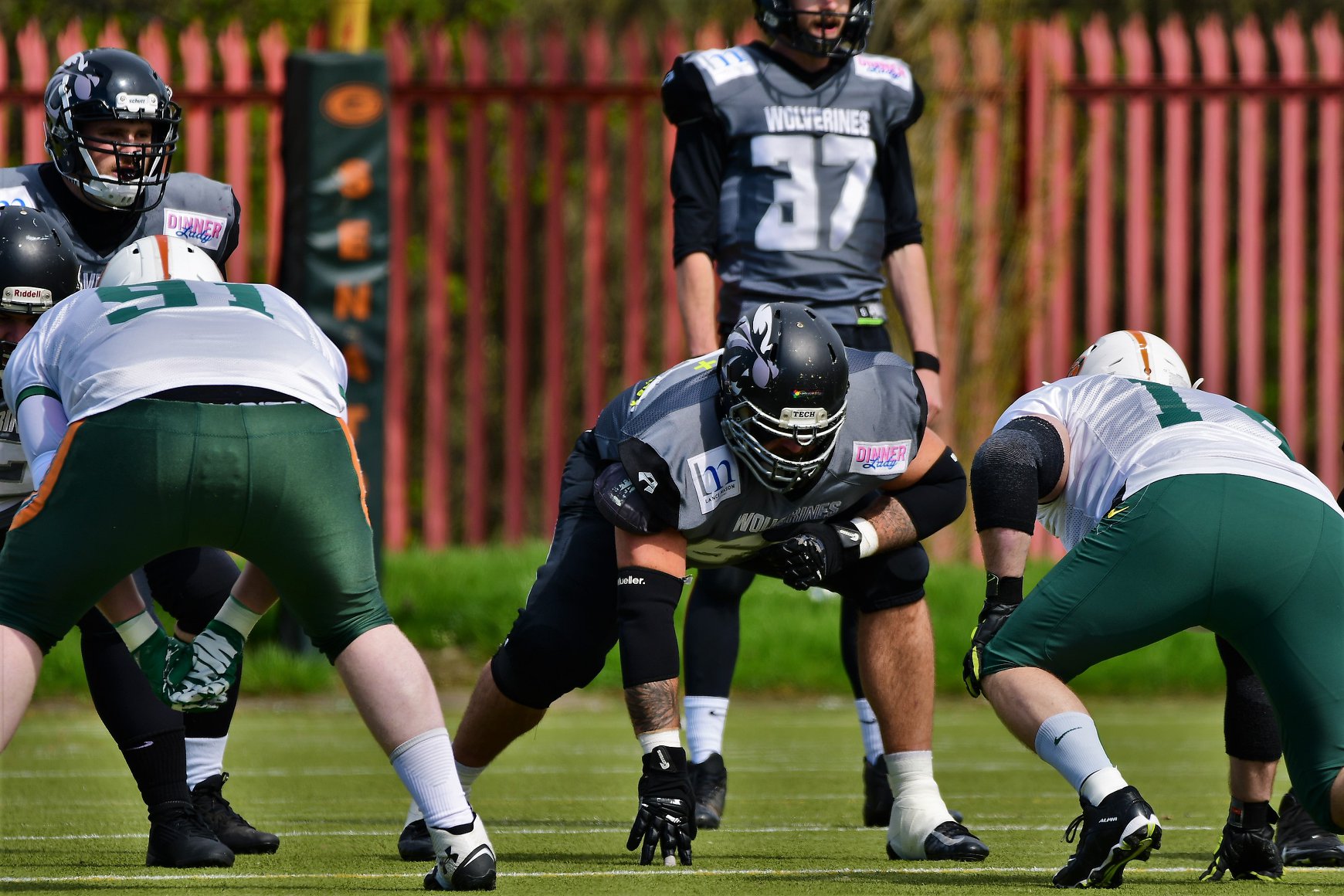 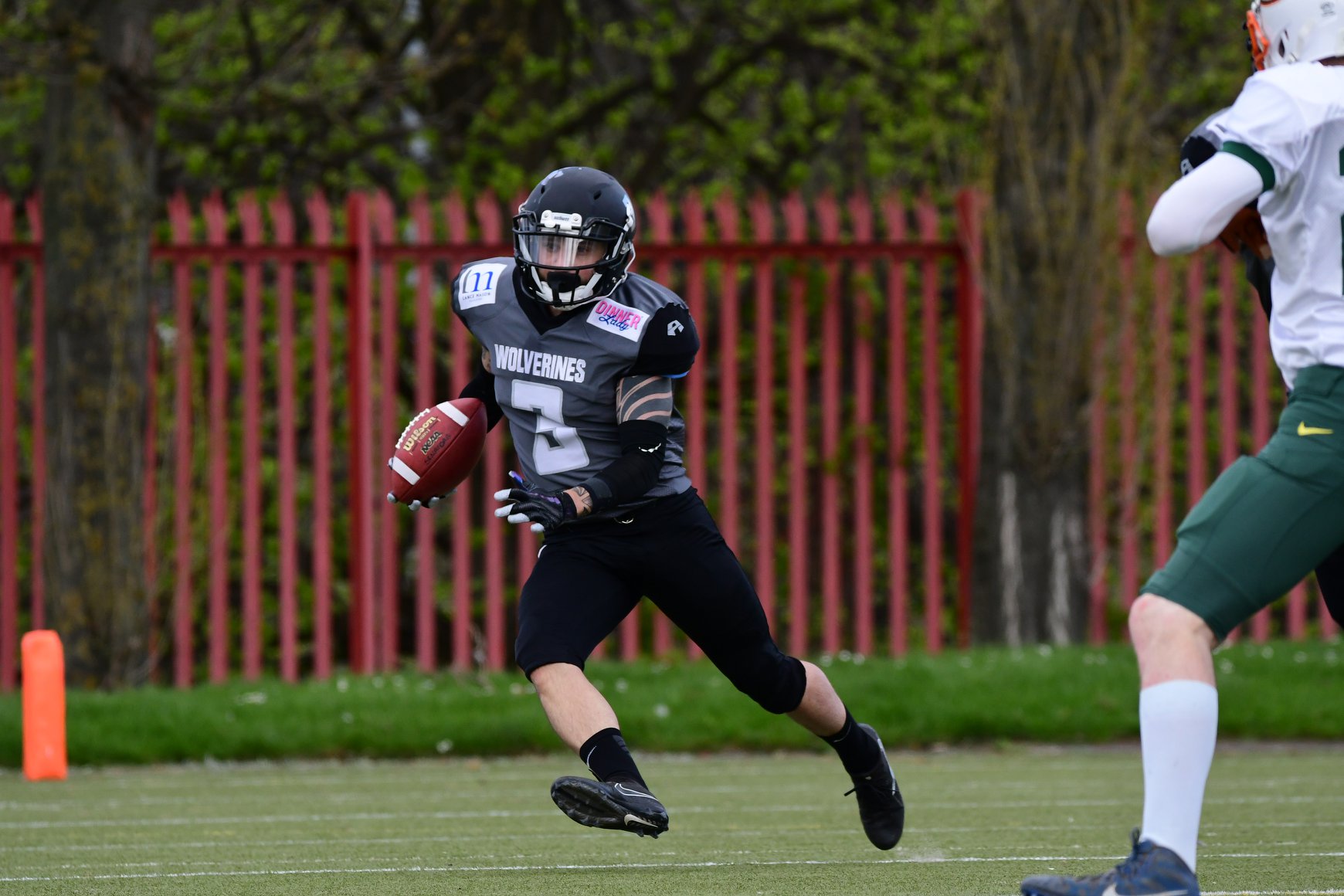 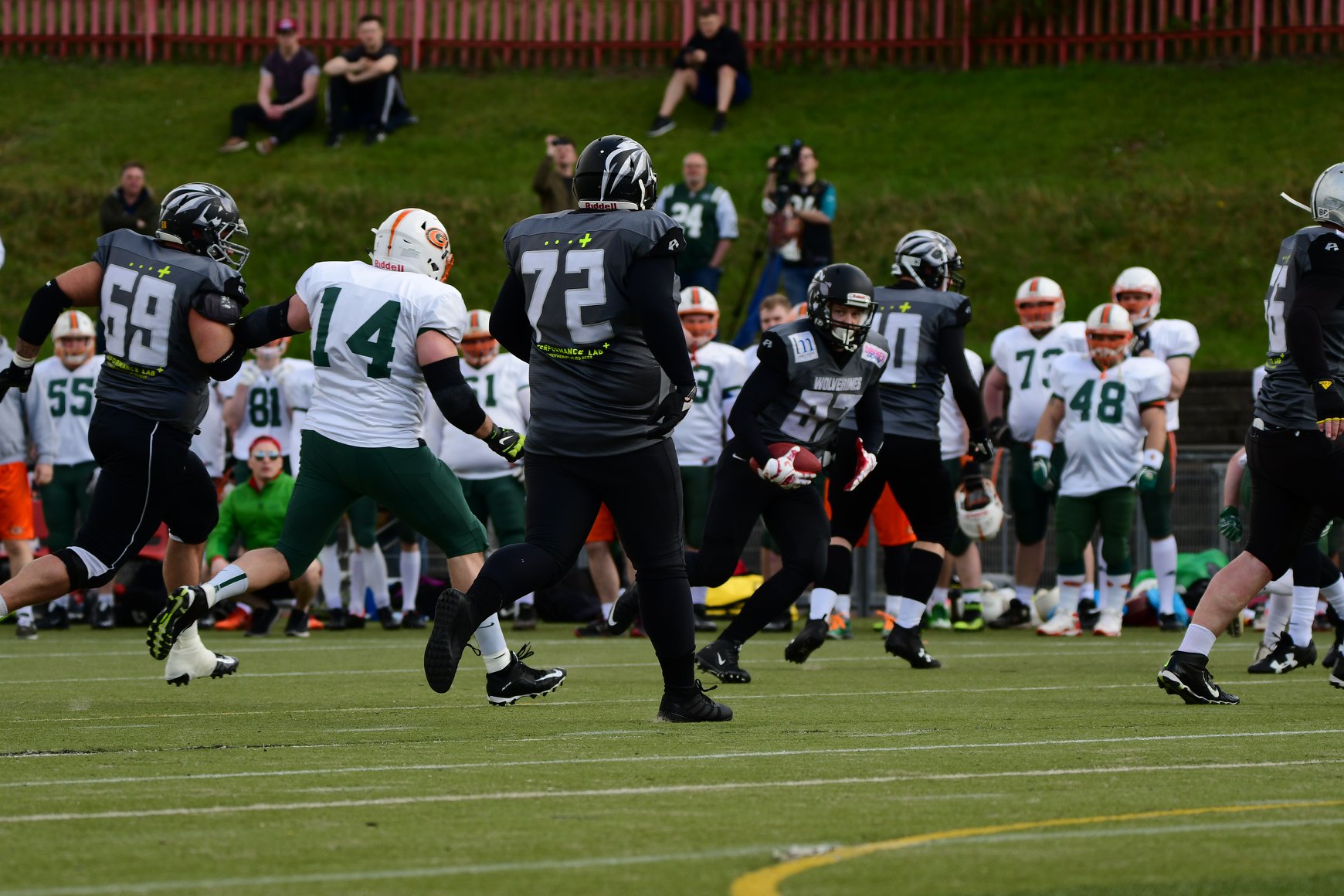 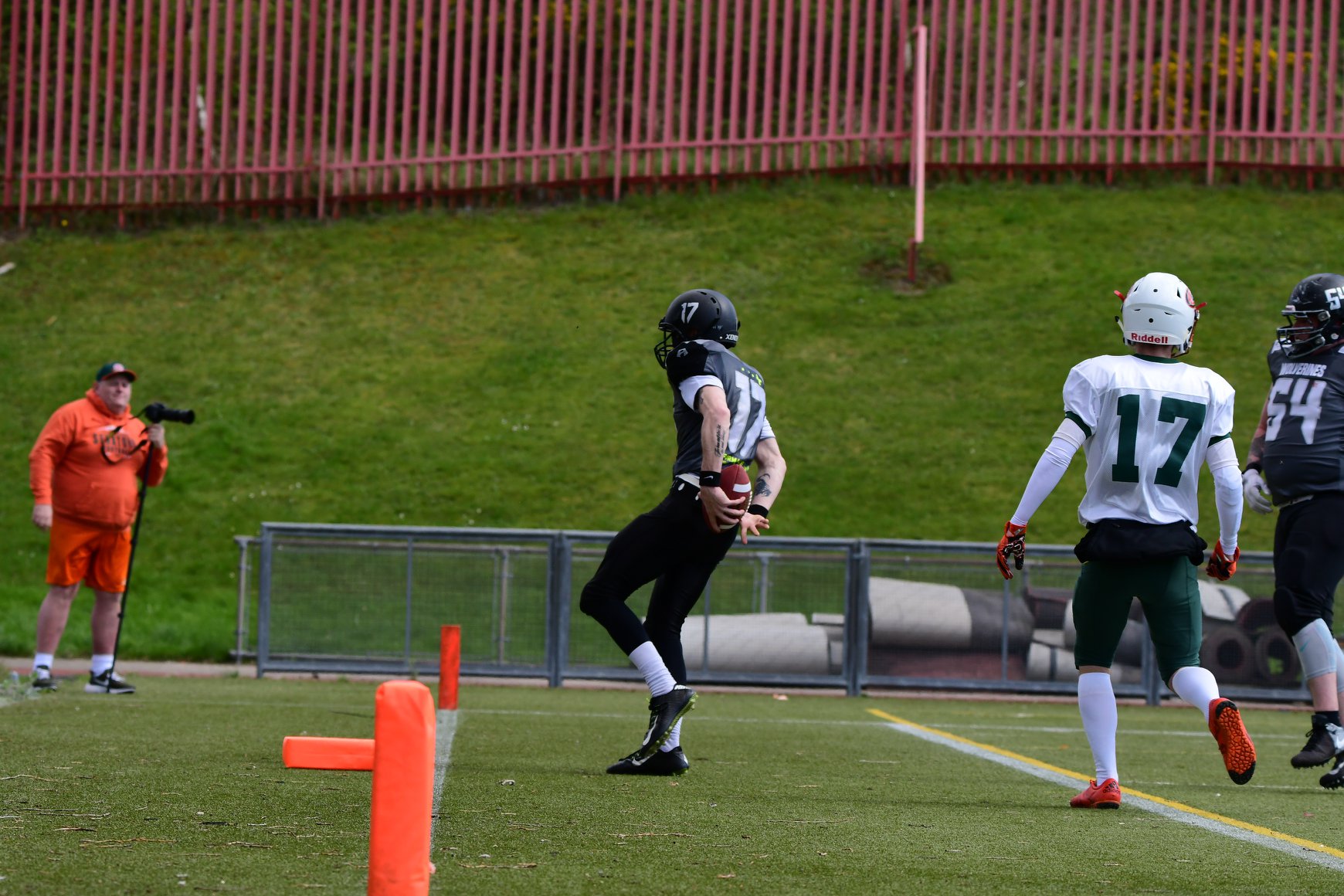 Lancashire Wolverines started their 2018 campaign away to Gateshead. With James Walsh named an honorary 4th captain for his hard work on and off the field this offseason.

Changes to the pitch and kickoff time a few days before meant the week was off to a bad start and the game pretty much started the same way. With Senators drawing first blood. (0 – 7). The Wolverines answered quickly and with force going on a 3 TD streak with no reply. (19 – 7). The Wolverines finished the half looking strong.

2nd half the Wolverines started slow again and Gateshead capitalised on this with their own 3 TD streak taking the lead. The scores now (19 – 25). Wolverines once again came back strong and took the lead EP was good. (26 – 25). With a critical error made on special teams, Gateshead was given the ball back and punished the Wolverines. 2 points was good (26 – 33). The Wolverines showed a lot of nerve and composure and scored the final TD of the game EP was good.