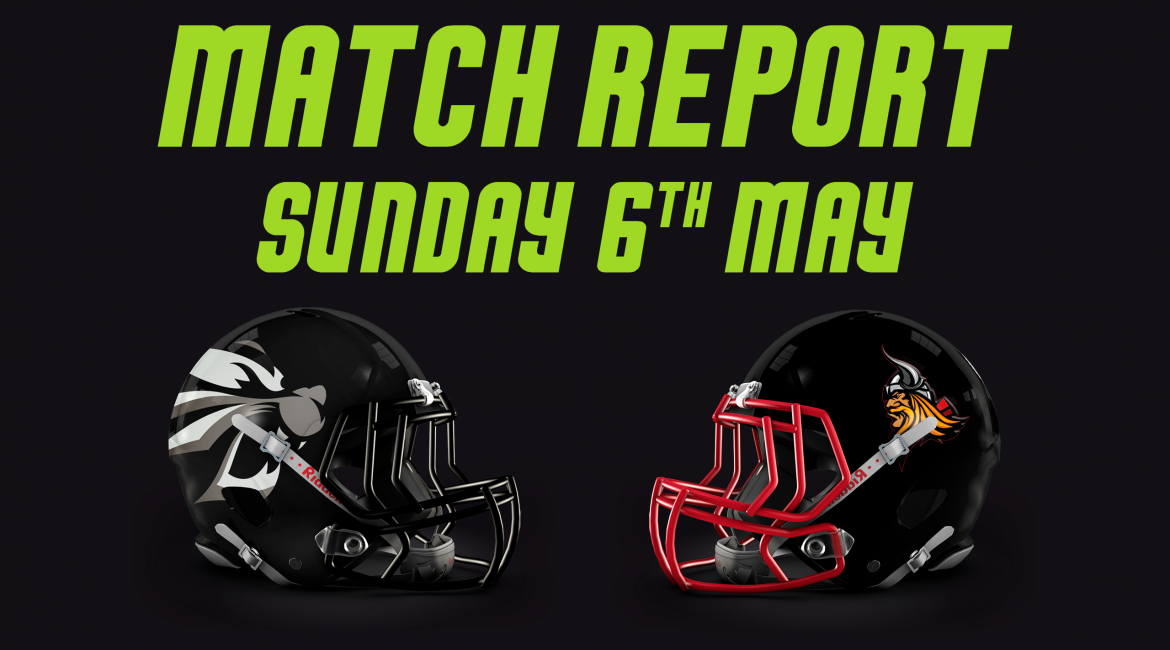 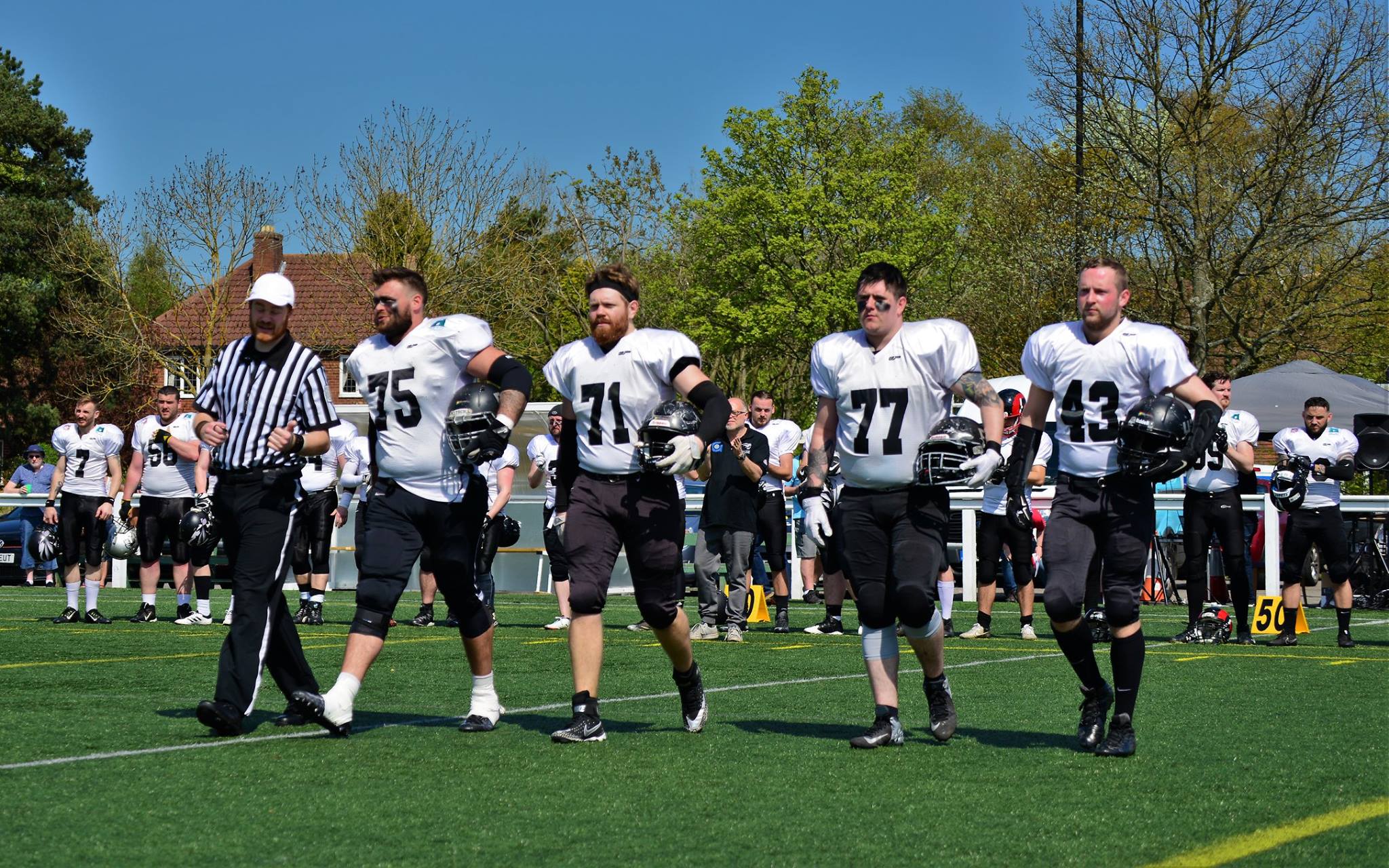 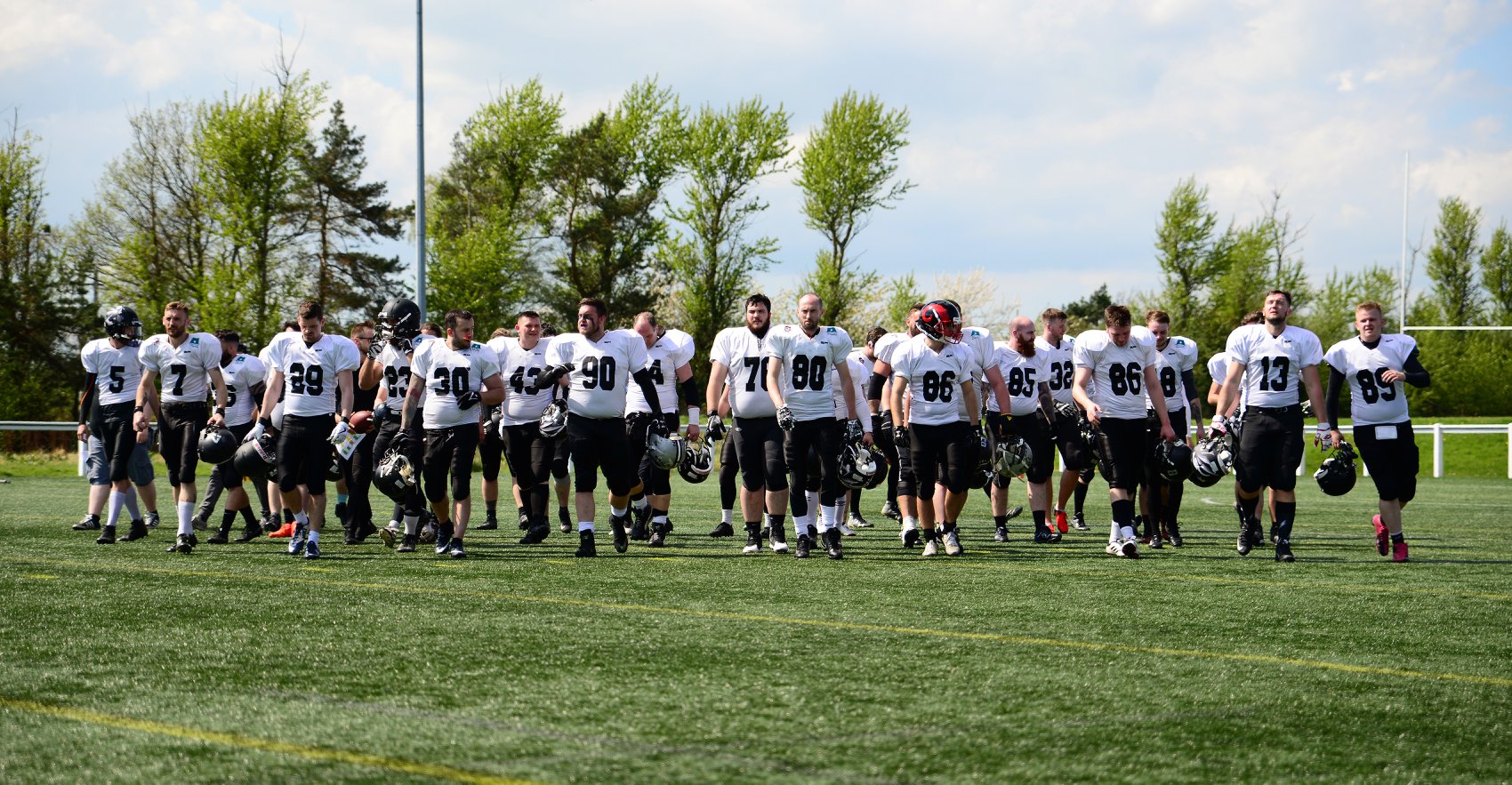 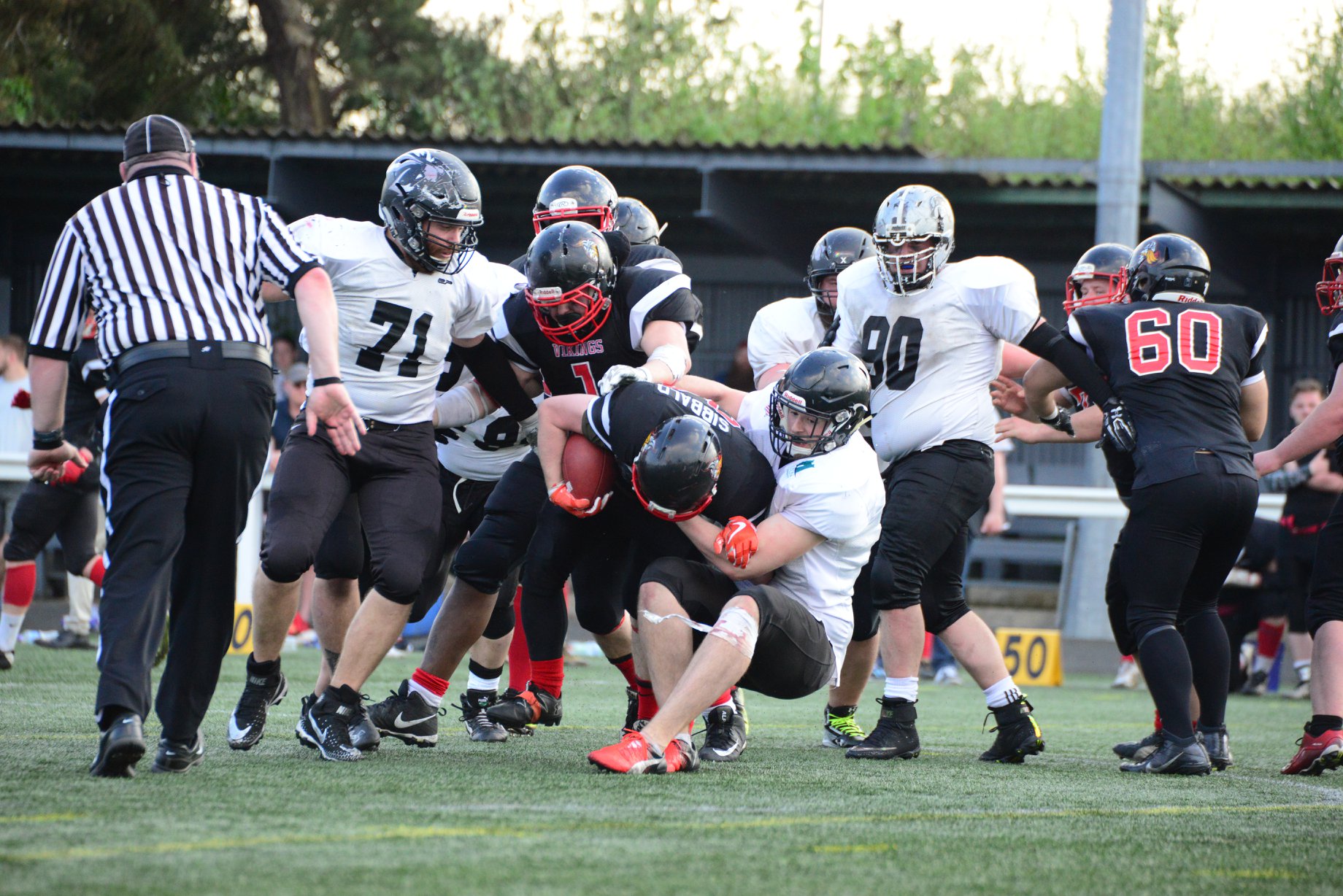 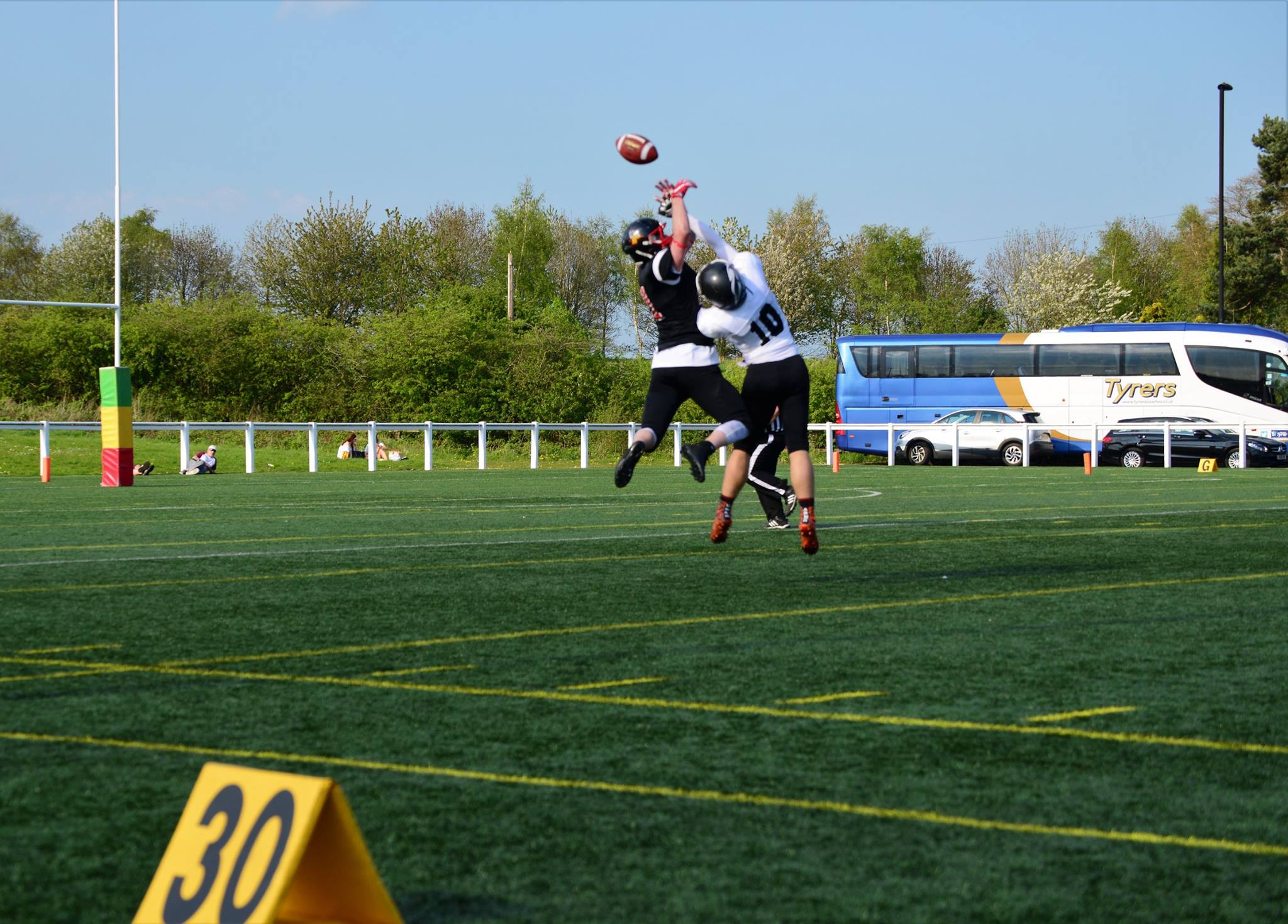 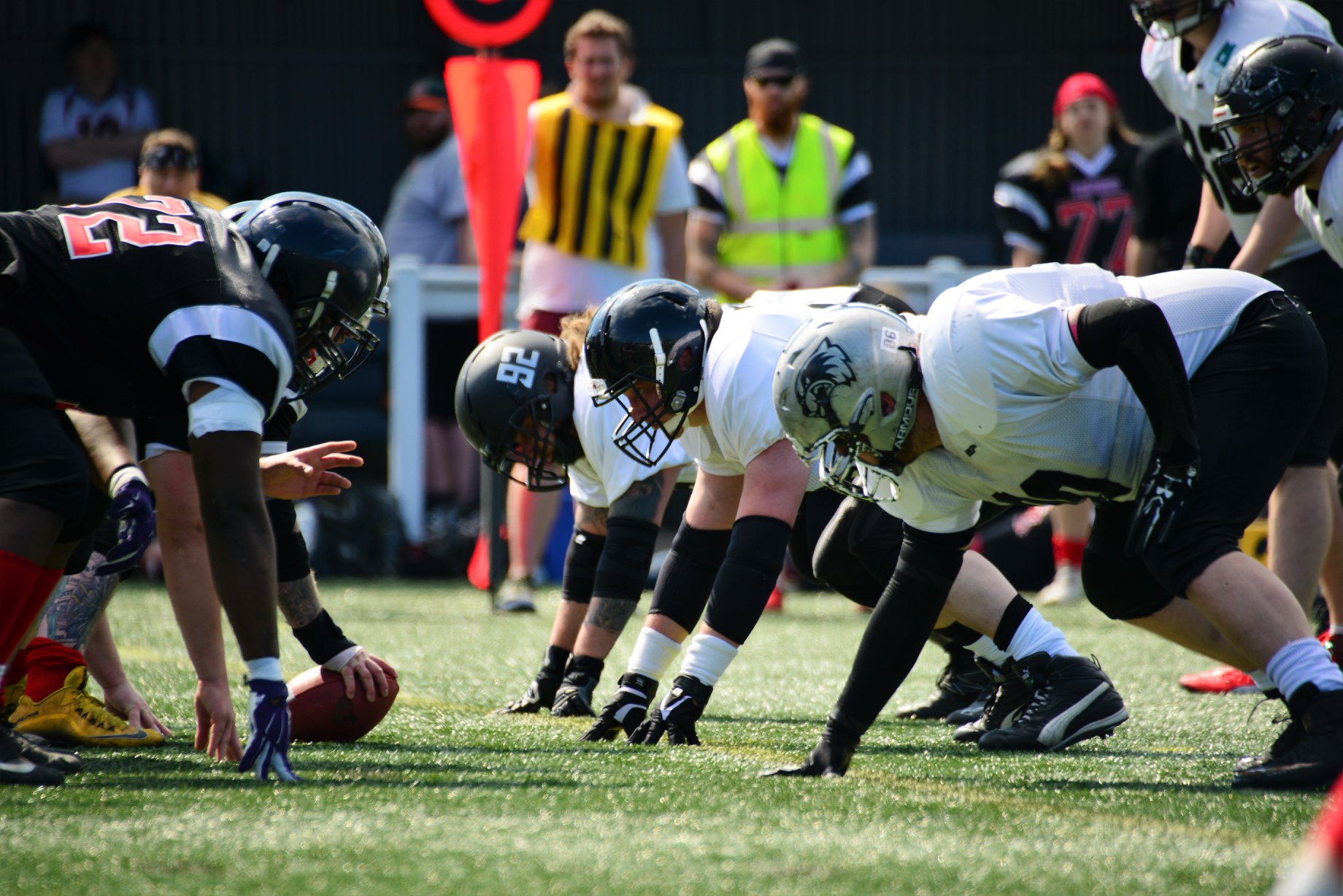 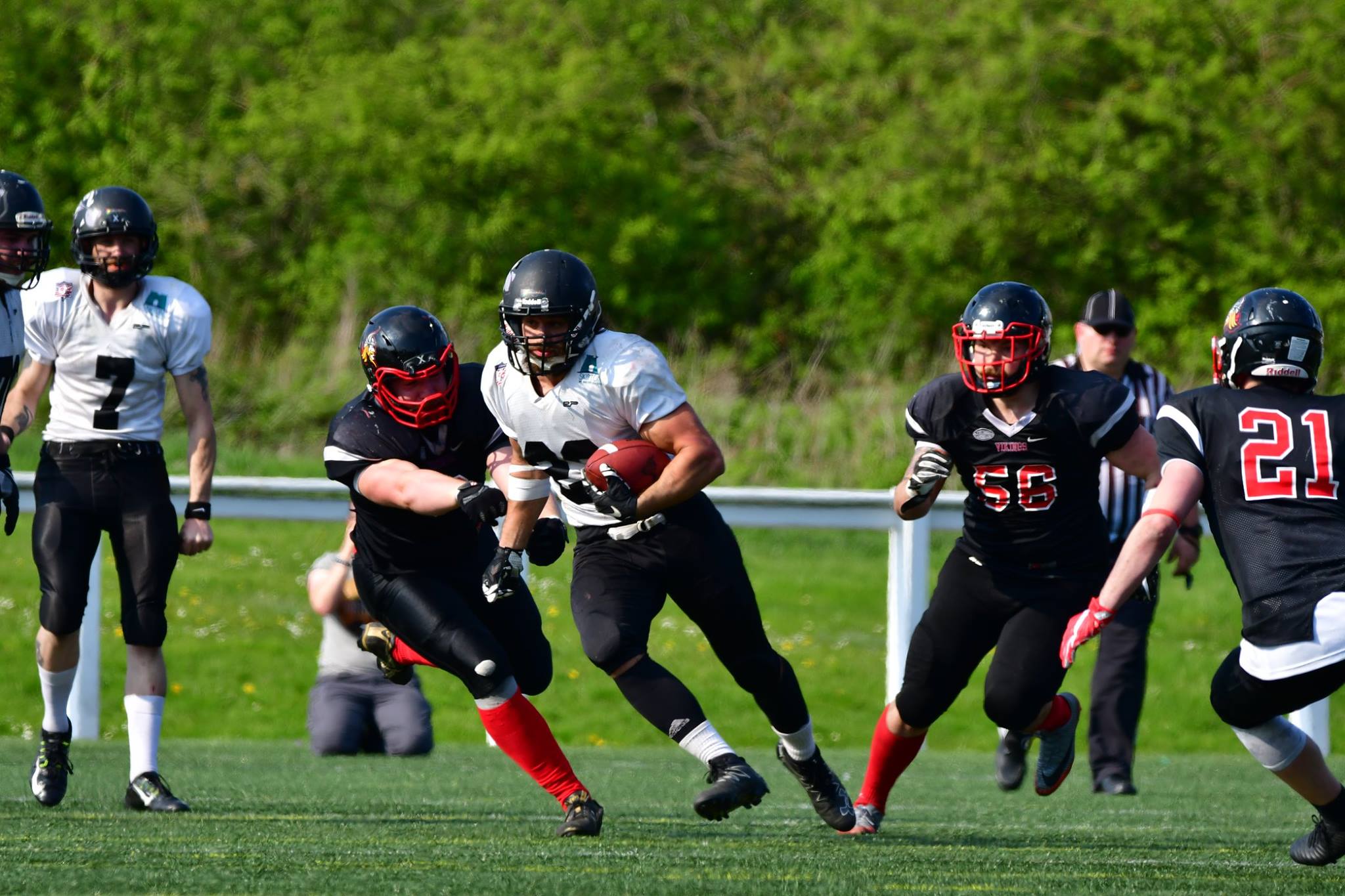 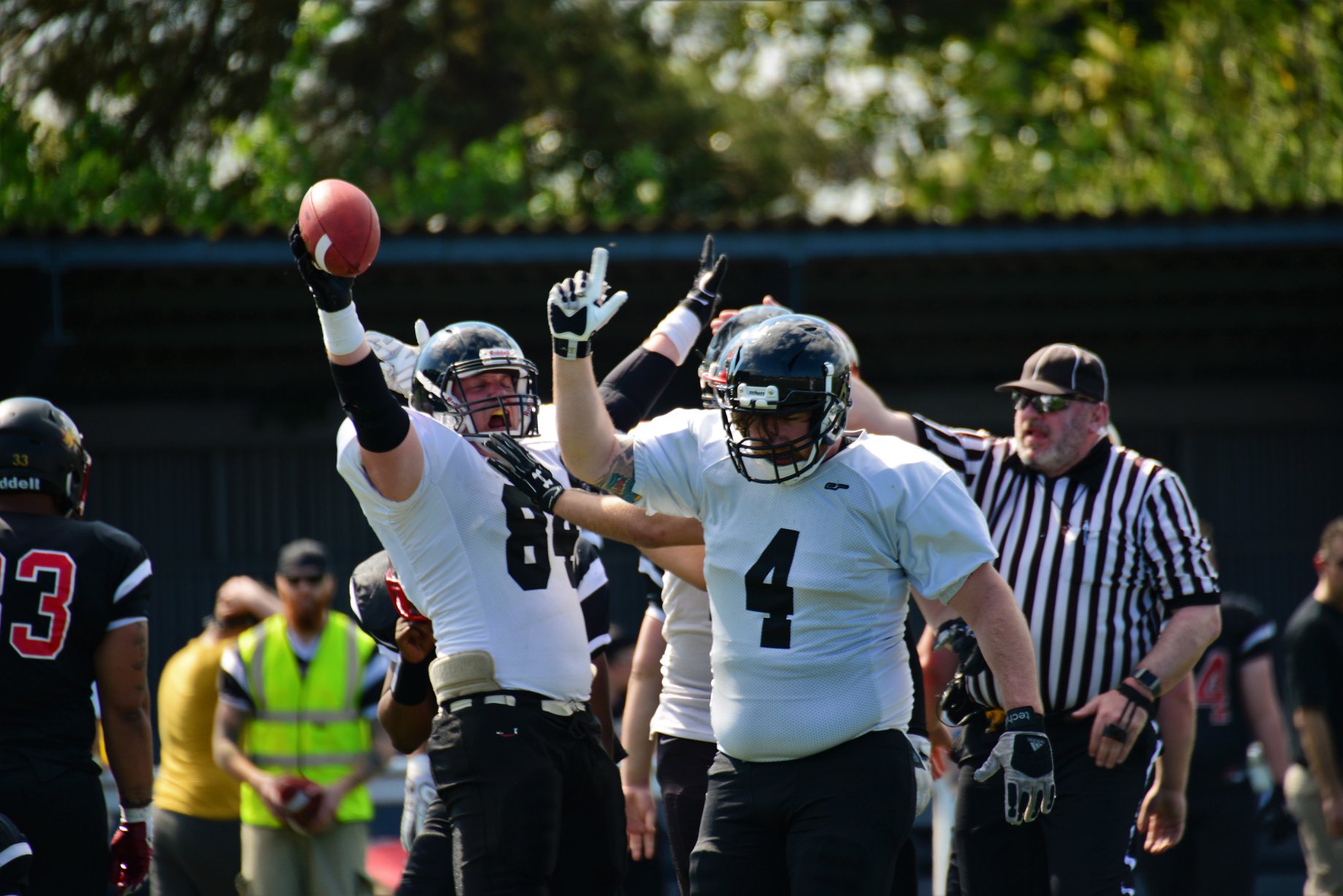 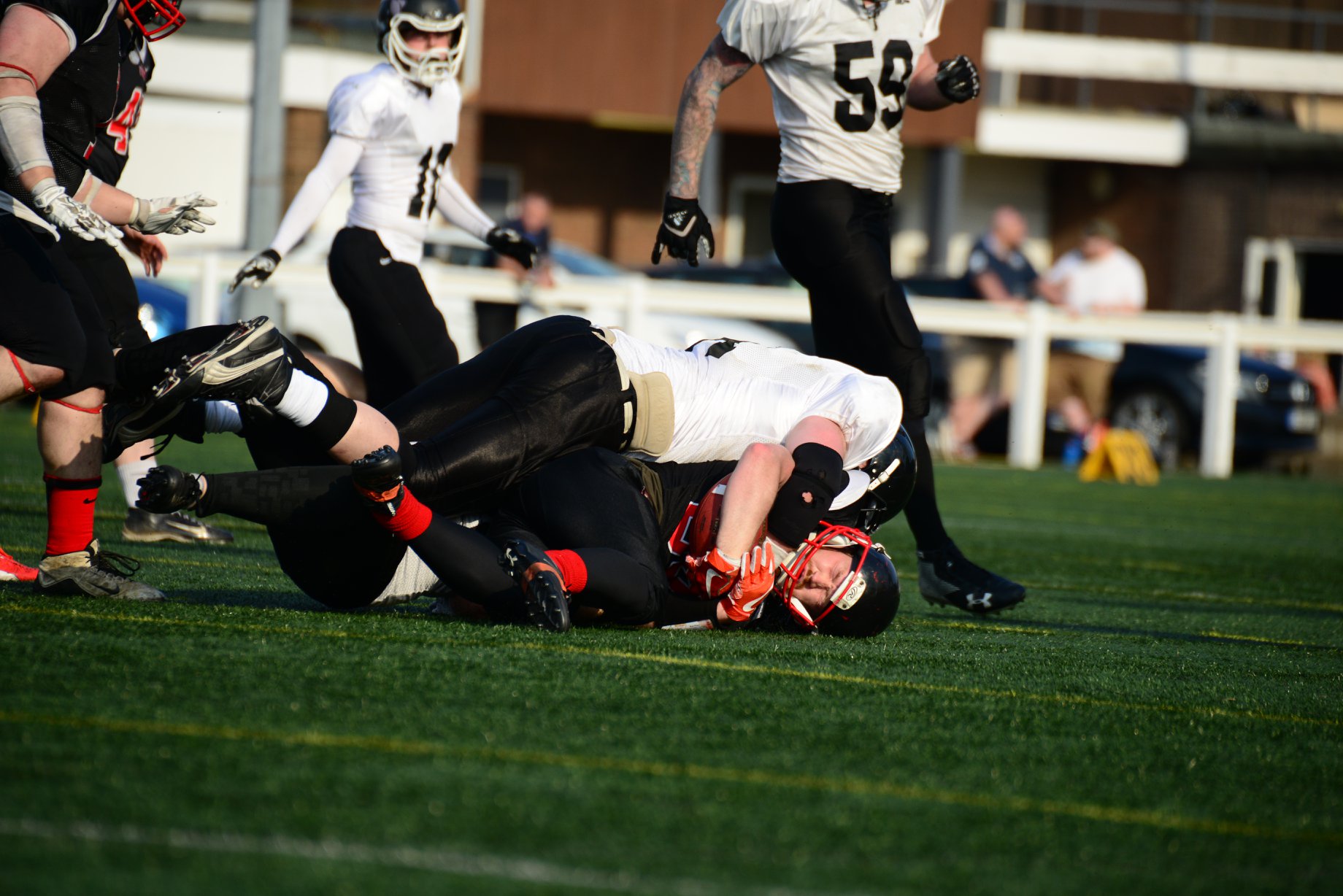 Sunday the 6th of May saw YOUR Lancashire Wolverines travel once again to the Eastern regions of the North we know and love, this time to take on the Scandinavian Geordies, Northumberland Vikings. With the Viking long-ships rising from the deep to defeat the Senators, it promised to be a nail-biter. First drive. Plays were being made both sides of the ball. James Terech showed the Vikings what the defence brought to the party with his first pick of the year. Offence time, and punishing runs from John Halliwell ended in the barbarian himself going 34 yards TO THE HOUSE! David Mead raced in for the extra 2 to give your Wolverines a one-score lead (8 – 0).

The Vikings quickly responded with a touchdown of their own by the means of a returned kick extra points no good (8 – 6), Wolverines retain the lead. The Wolverine’s special teams had been a cause for concern in their first outing and this appears to be a continual problem. The Vikings took the momentum and scored again before the end of the first half this time converting the extra point. Half-time, Wolverines 8 – 13 Vikings.

Second half and the Wolverines came out with a bloodlust, defensively smashing the Vikings in the mouth. With James “Swaggy” Walsh blowing up the front charge of the Vikings with an MVP performance. As well as Andy Stackhouse rising to the challenge of captaincy. Tom Maguire showed a few shifty tricks to set himself and then BOOM! The Vikings defence were busted open for Tom to get on the scoreboard with Eric Eccles converting the EP (15 – 13). With the Wolverines defensive front standing strong the Vikings were settling for a field goal (15 – 16). Wolverine’s possession. One point difference. Last. Drive.

The scorching heat of the desert that is Northumberland began to take its toll. Suddenly 4th & 35! 3rd down David mead bombs a ball downfield, incomplete. This was it 4th down, ball snapped (the best damn snap of Kurt’s whole damn life! #OLineLove), Meady looks but with no one open he takes off running. Flag, game over. Not the way this wanted to end, with 3 players and a coach being ejected meaning they miss the next game. HC Lex Dunn will be coming down hard to prevent a similar ending in further fixtures.