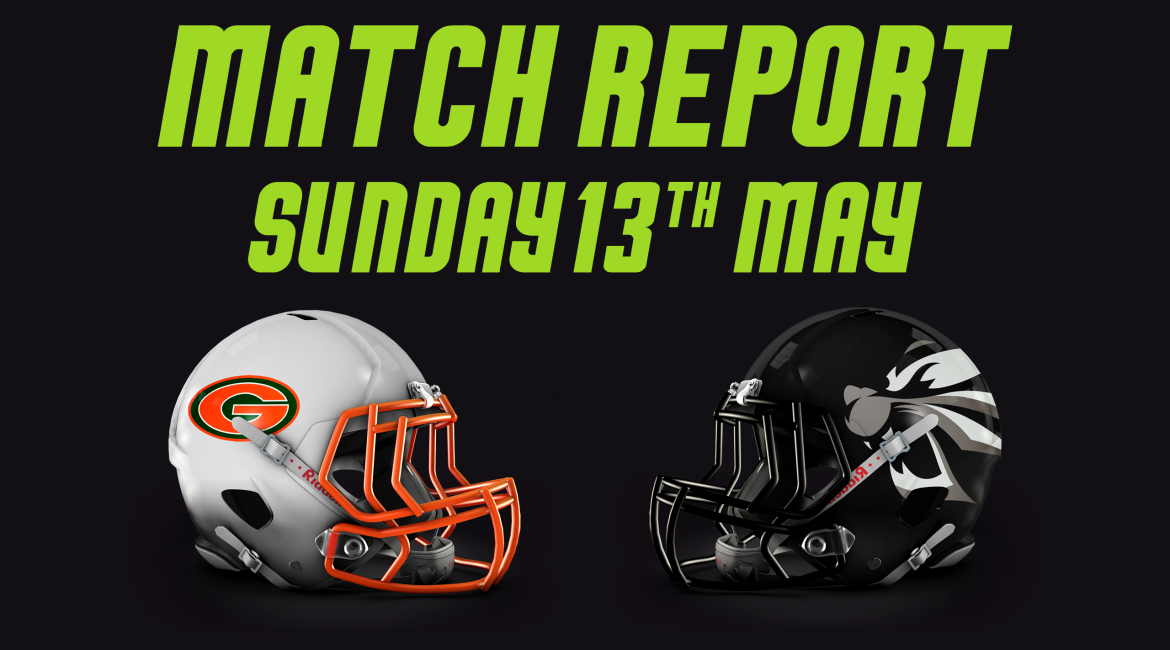 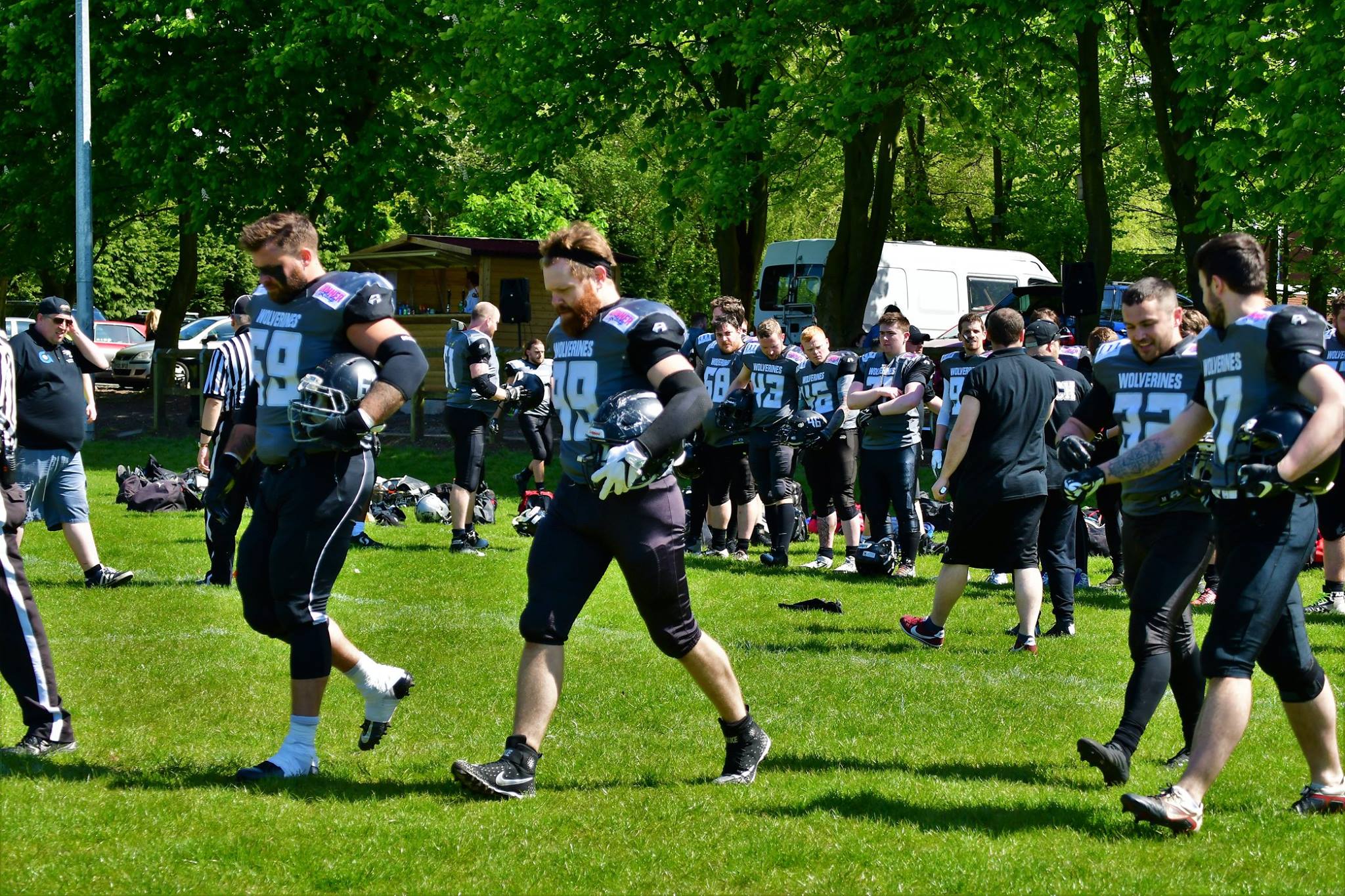 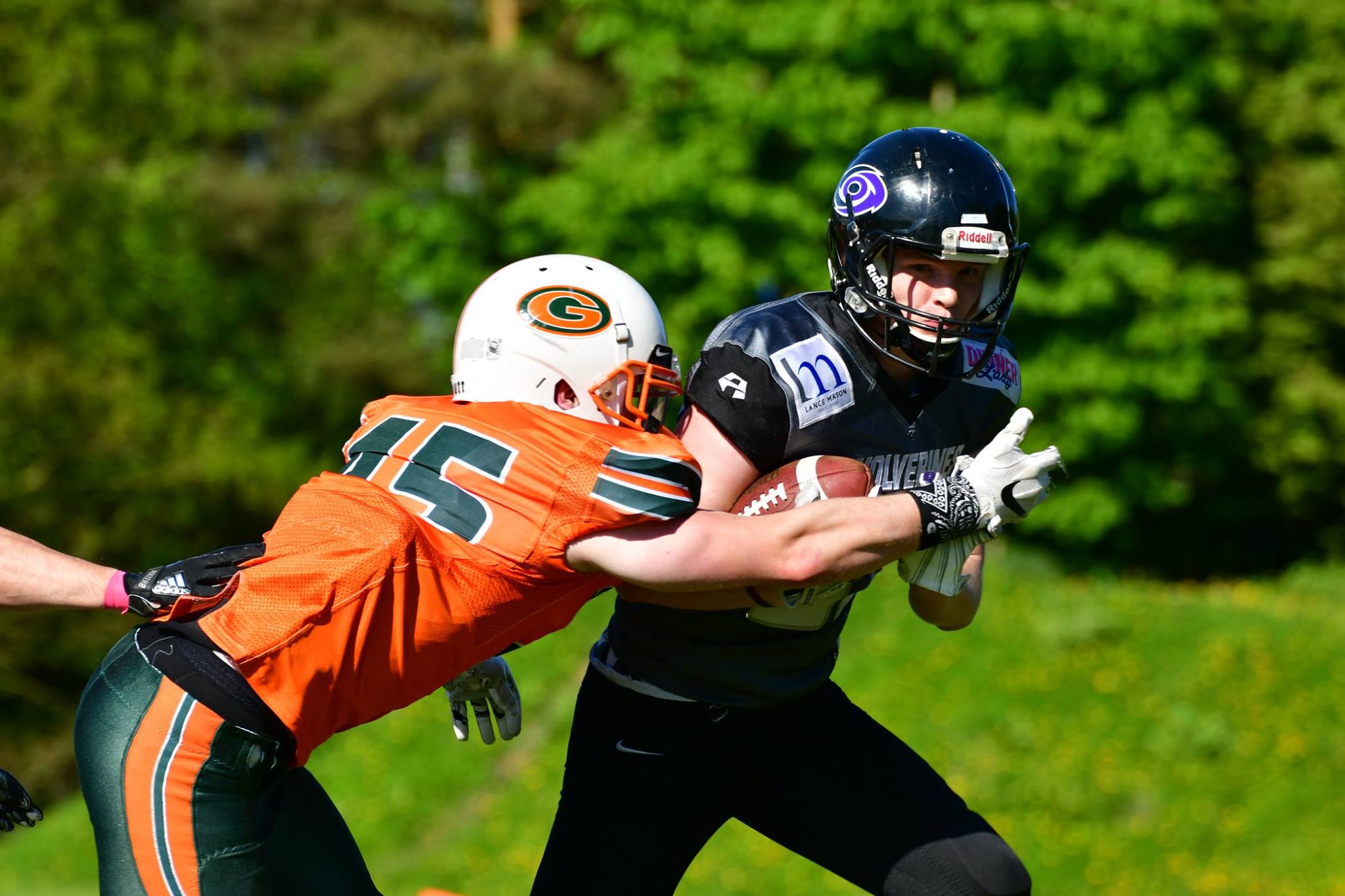 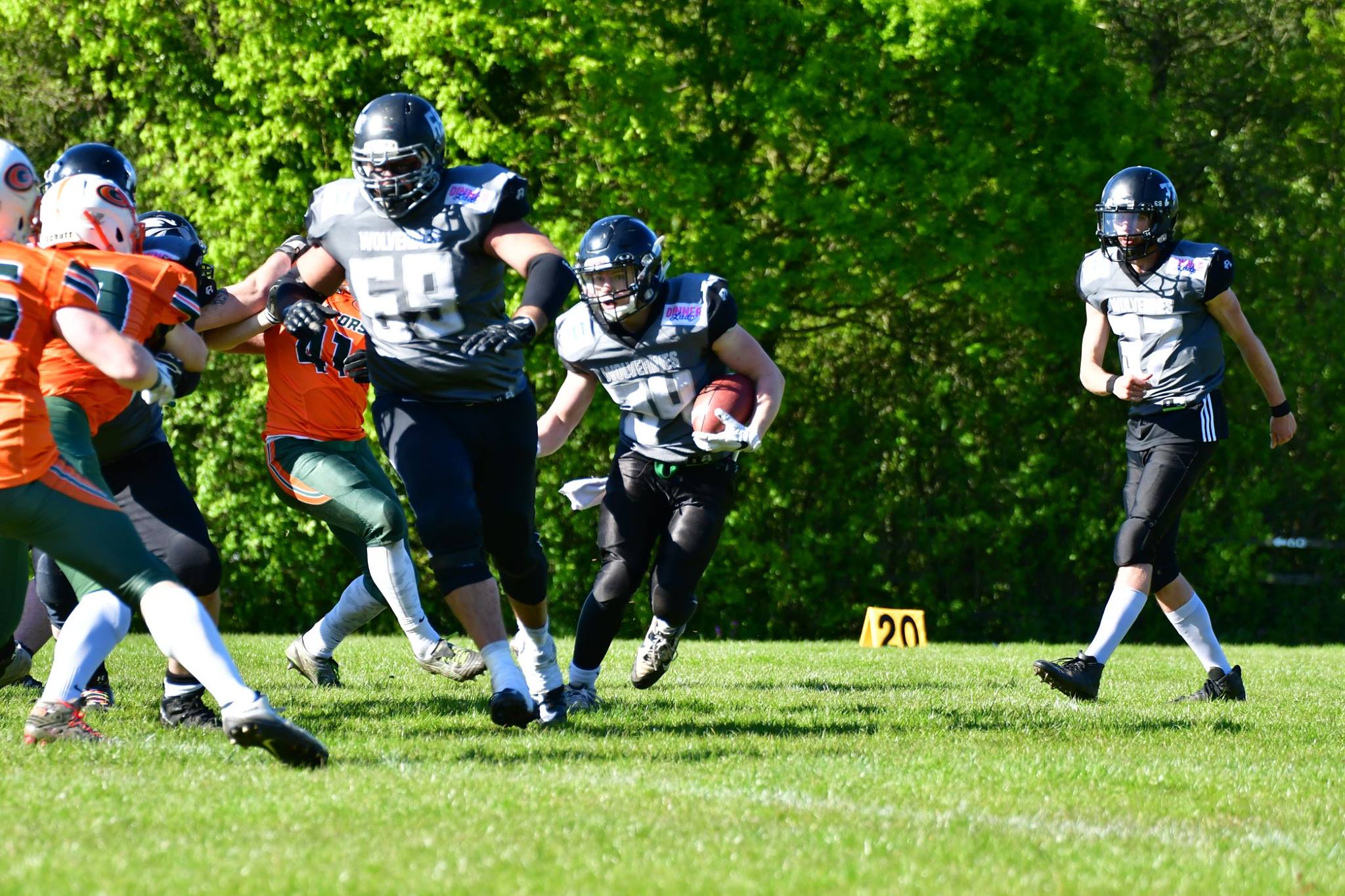 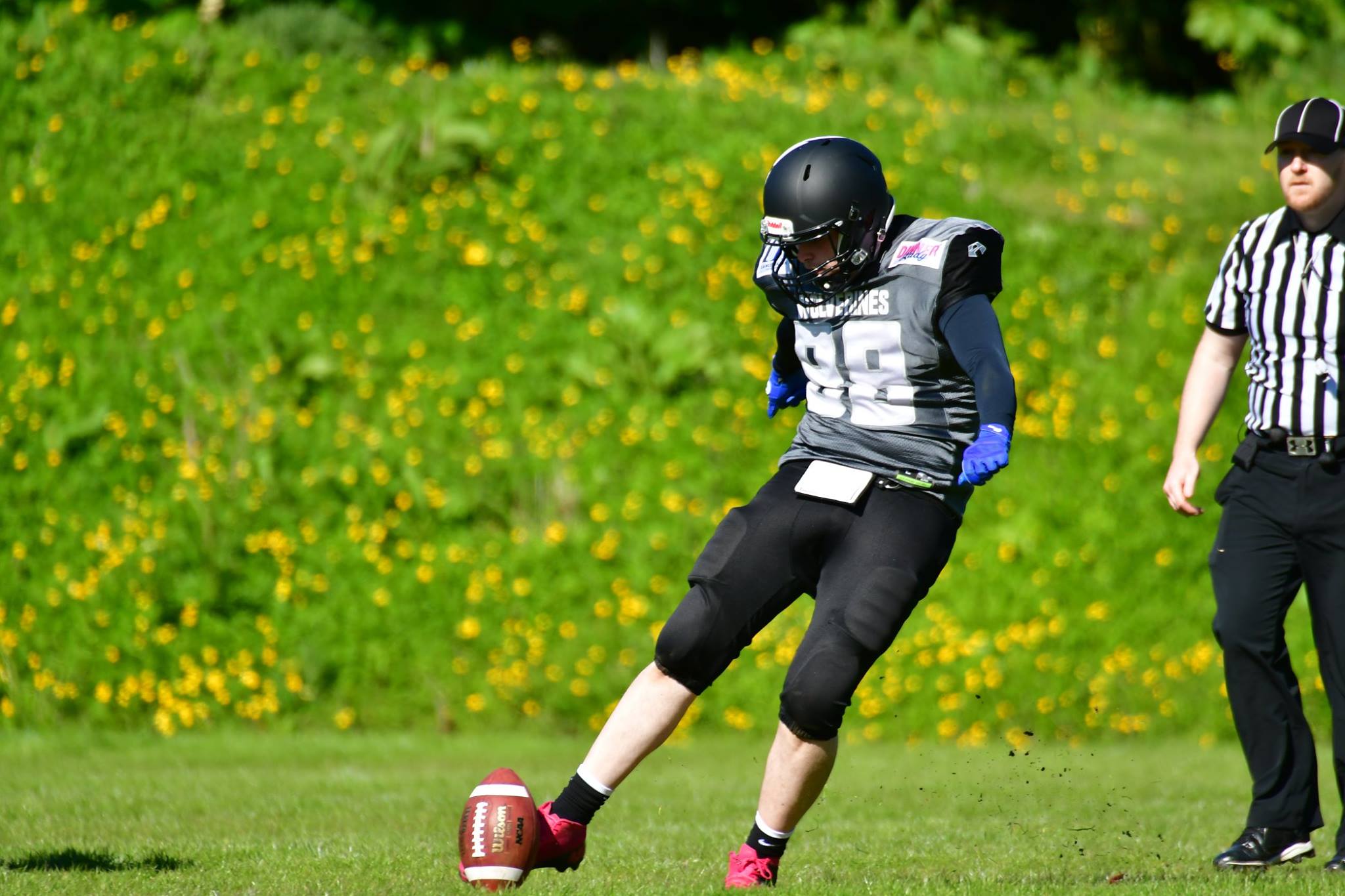 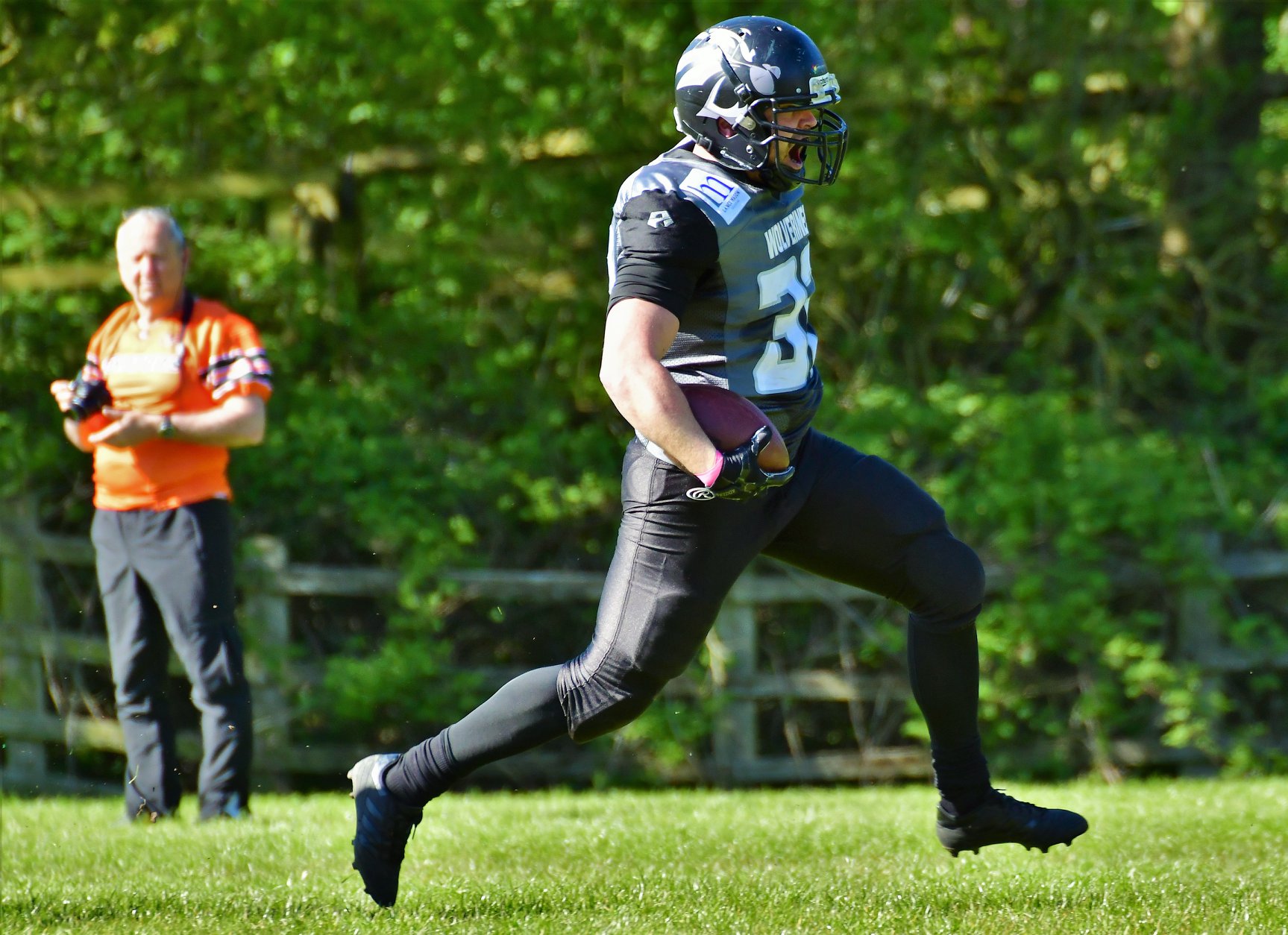 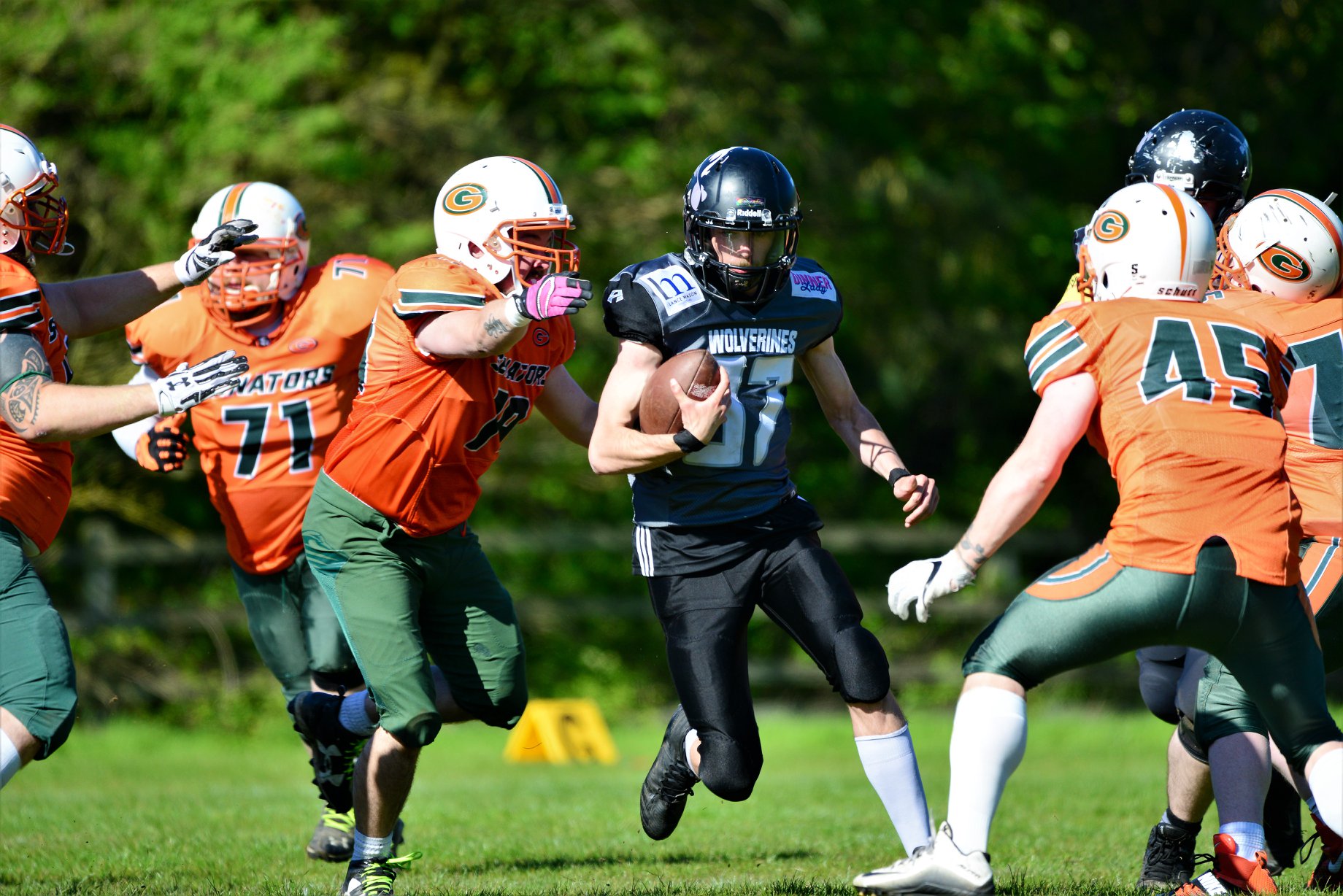 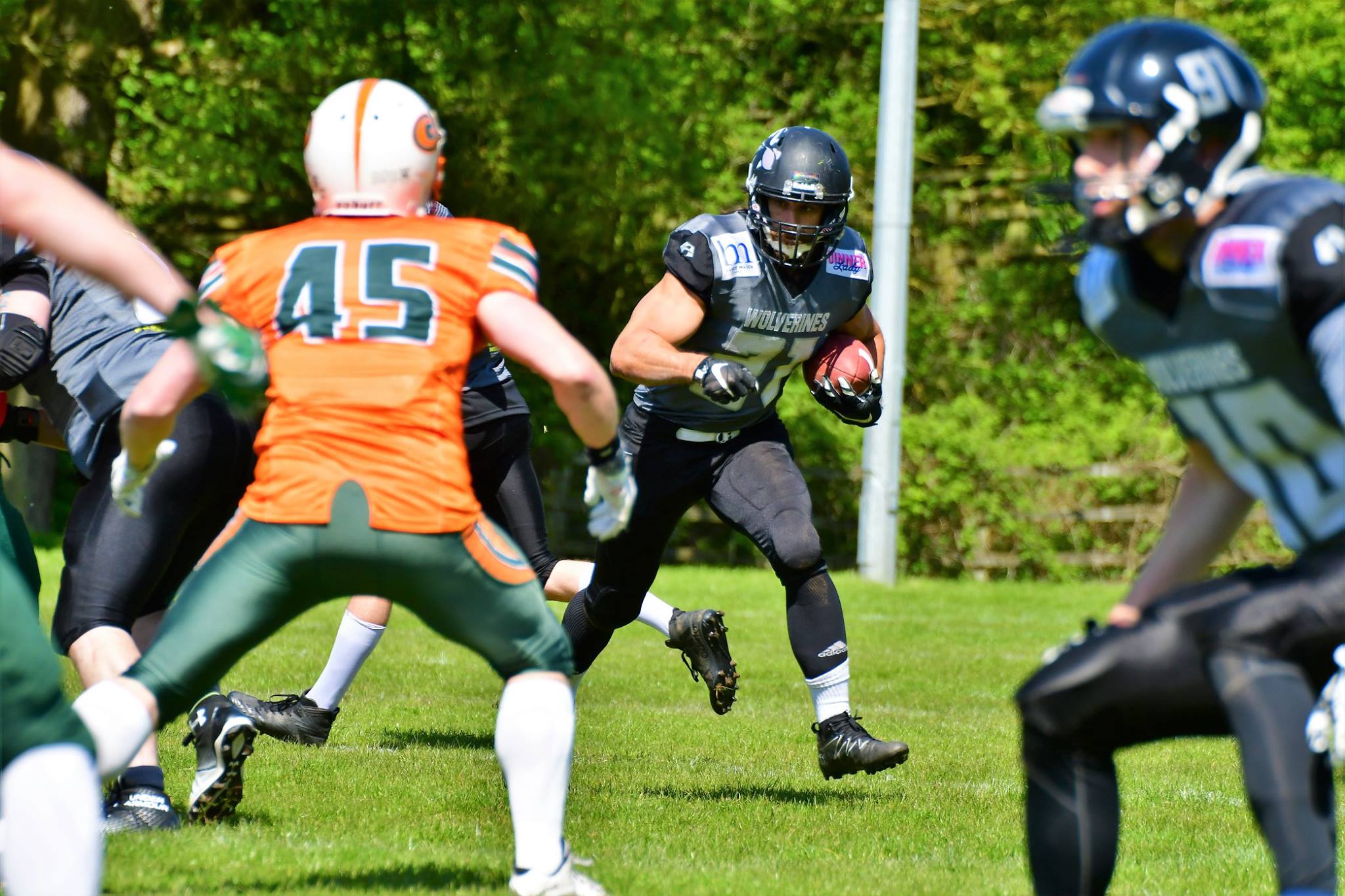 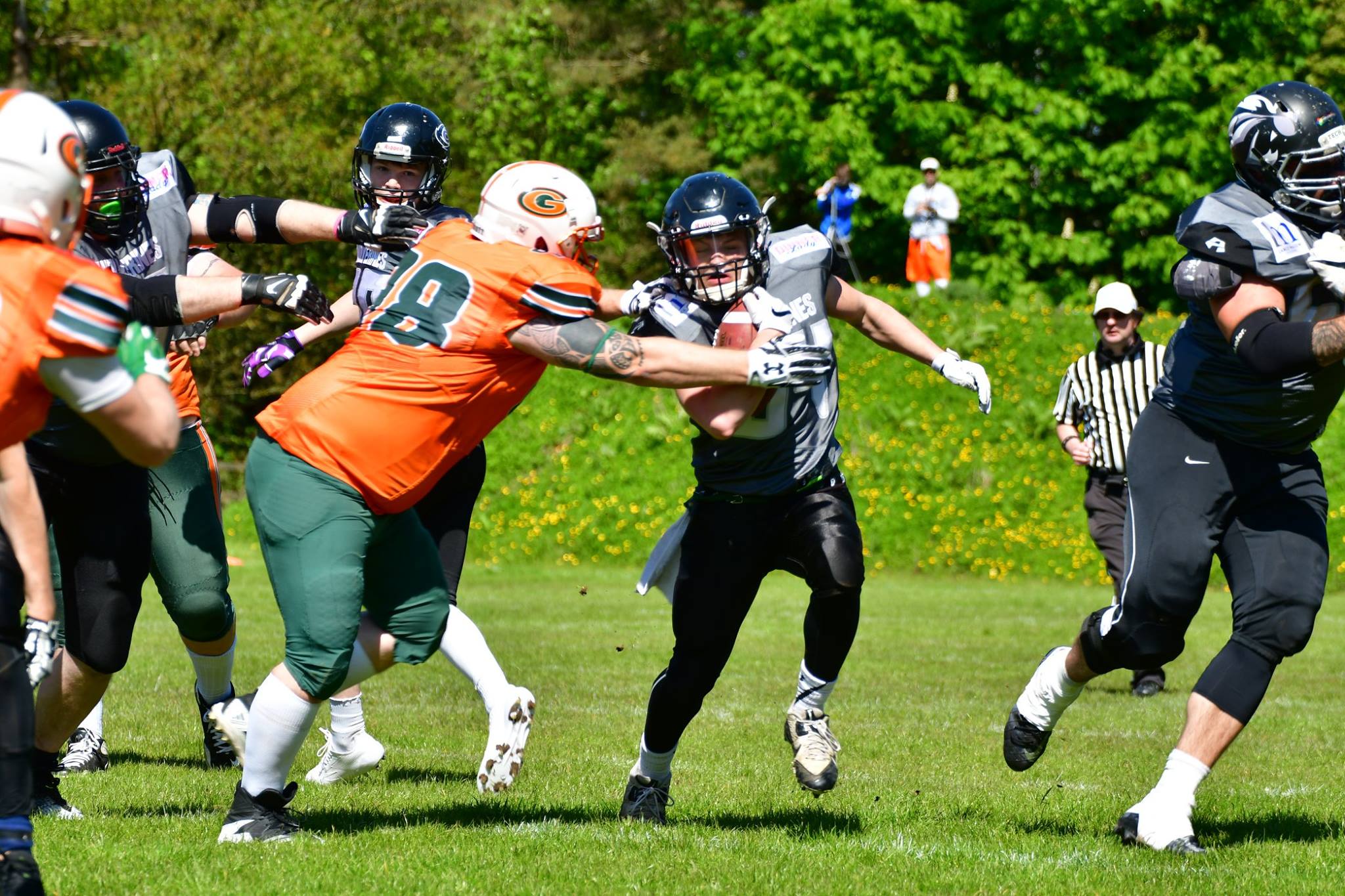 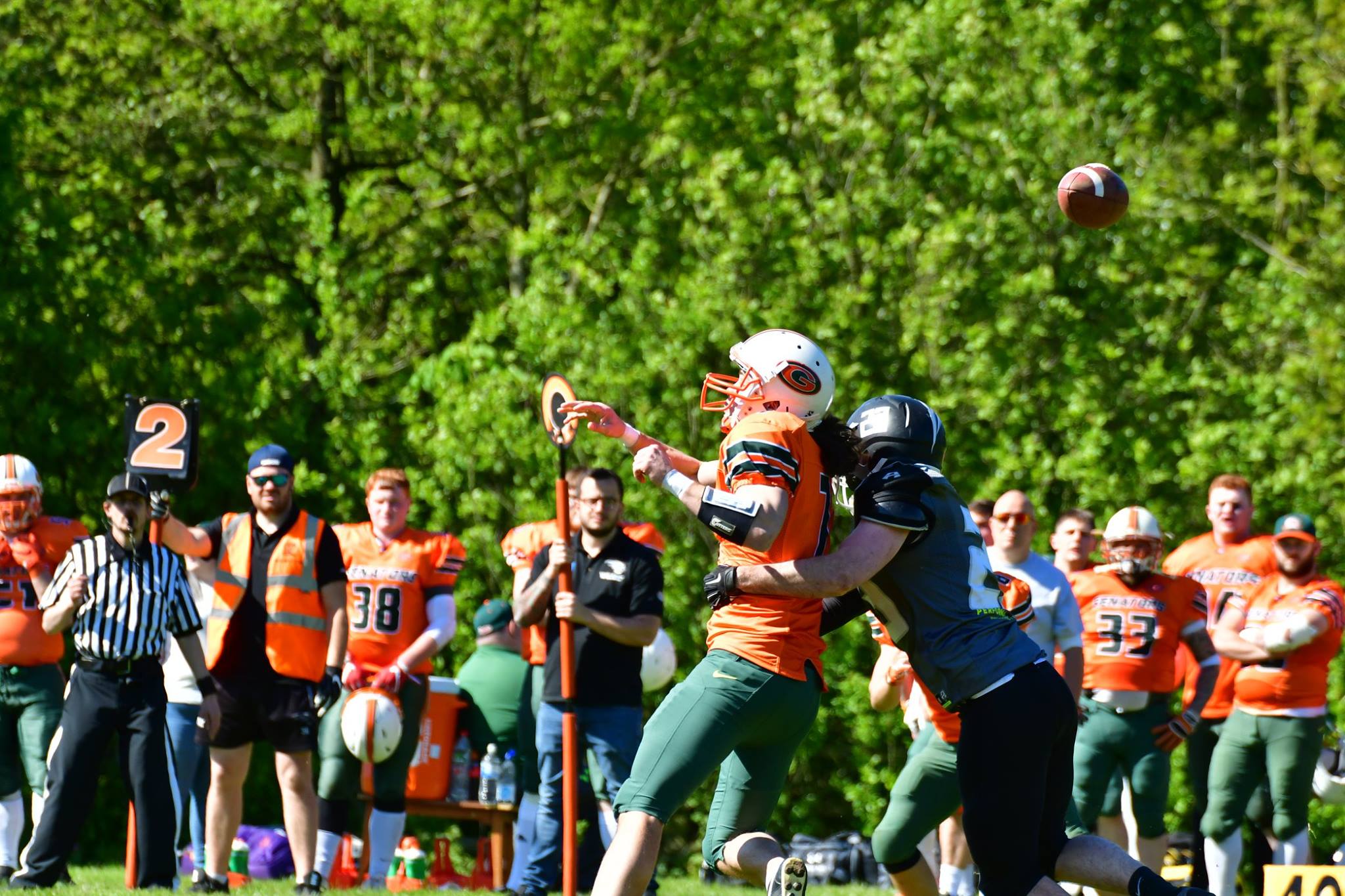 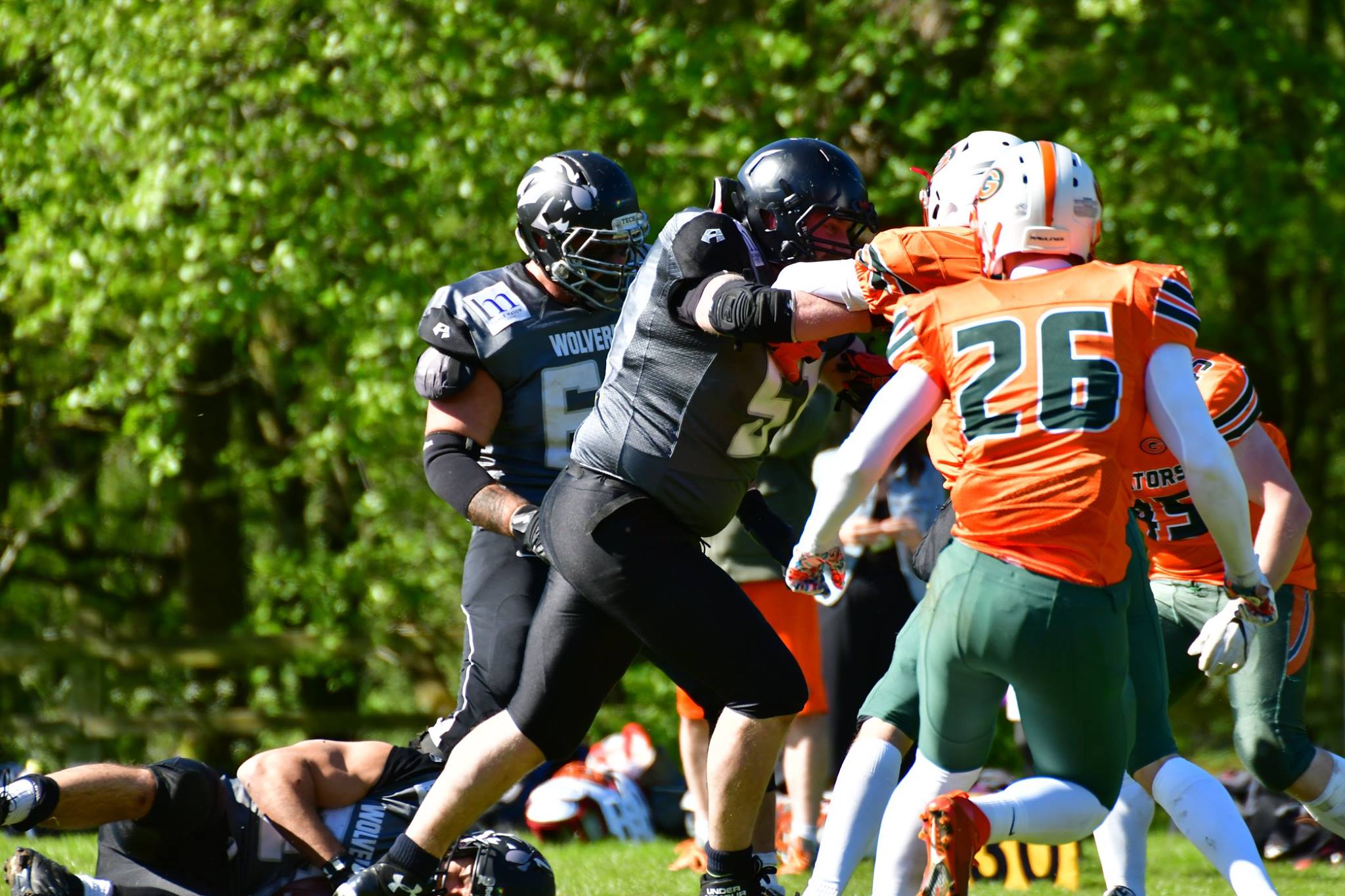 Lancashire Wolverines played their 3rd game of the season at their new home of Preston grasshoppers on Sunday 13th may. Facing Gateshead for the second time this year. Fingers crossed it wasn’t going to be another Nail-biter. With the first game finishing in a draw and both teams losing against Northumberland by a point, all signs pointed to this being a very close game.

With offensive captain Craig “Nelly” Oliphant having to take some time away from the game due to issues outside football. A new captain had to be named, step forward Chris Astley. Coming back from two major injuries with a stronger passion to win, there was no other player more worthy of the captaincy. Martin Ashworth named Game day captain.

The game got off to a good start for the home sides with Tom Maguire getting his first of the day. E.P. good 7 – 0. The joy didn’t last long with the Senators putting a great drive together to equal out the score 7 – 7. Step up the Irish wonder for another great run, second of the day for Tom. E.P. good 14 – 7. Gateshead wasn’t down for long with a great response to make it all square again. 14 – 14. Tom Maguire comes up with another great drive to give the Wolverines the lead and followed up by fellow RB John Halliwell’s only TD of the day. Missing both extra points, Lancashire head to halftime leading. 26 – 14.

At halftime, this game was closer than the previous meeting. Nail-biting has already begun. So far we haven’t mentioned the defence while playing a great first half. The second is where they truly took control of the game. With Matt Lago, James Walsh and John Iddon stopping anyone who dared run up the middle. Everyone else on the defence dominated the rest of the field. The Wolverines used this to great advantage with James Schofield getting his name on the board. EP no good. 32 – 14. Gameday captain Martin Ashworth adding to the score. Ep missed. 38 – 14. James Schofield not happy with just one gets his name on again for his second and Wolverines final TD of the game. 44 – 14. Gateshead not wanting to go home put one last drive together for a consolation TD with a 2pt conversion.

With the Wolverines going 14 games without a win could this be the turning point all players and fans have been waiting for? Make sure you come down to Lancashire Wolverines next game which is at home against Leeds Bobcats on Sunday 3rd of June.