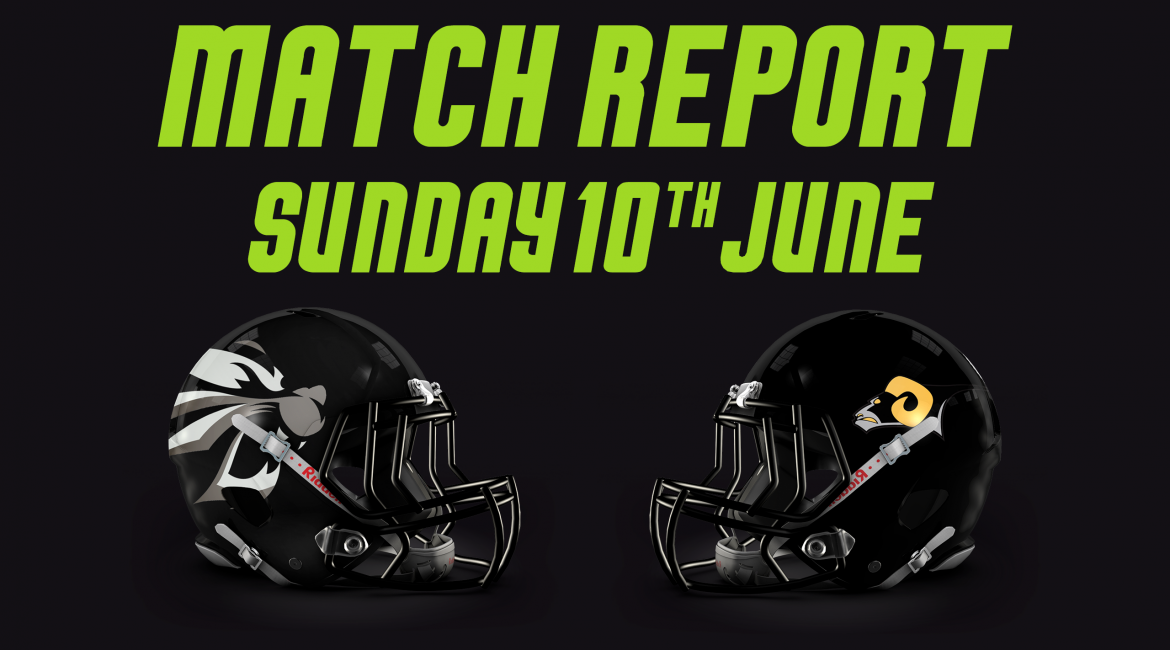 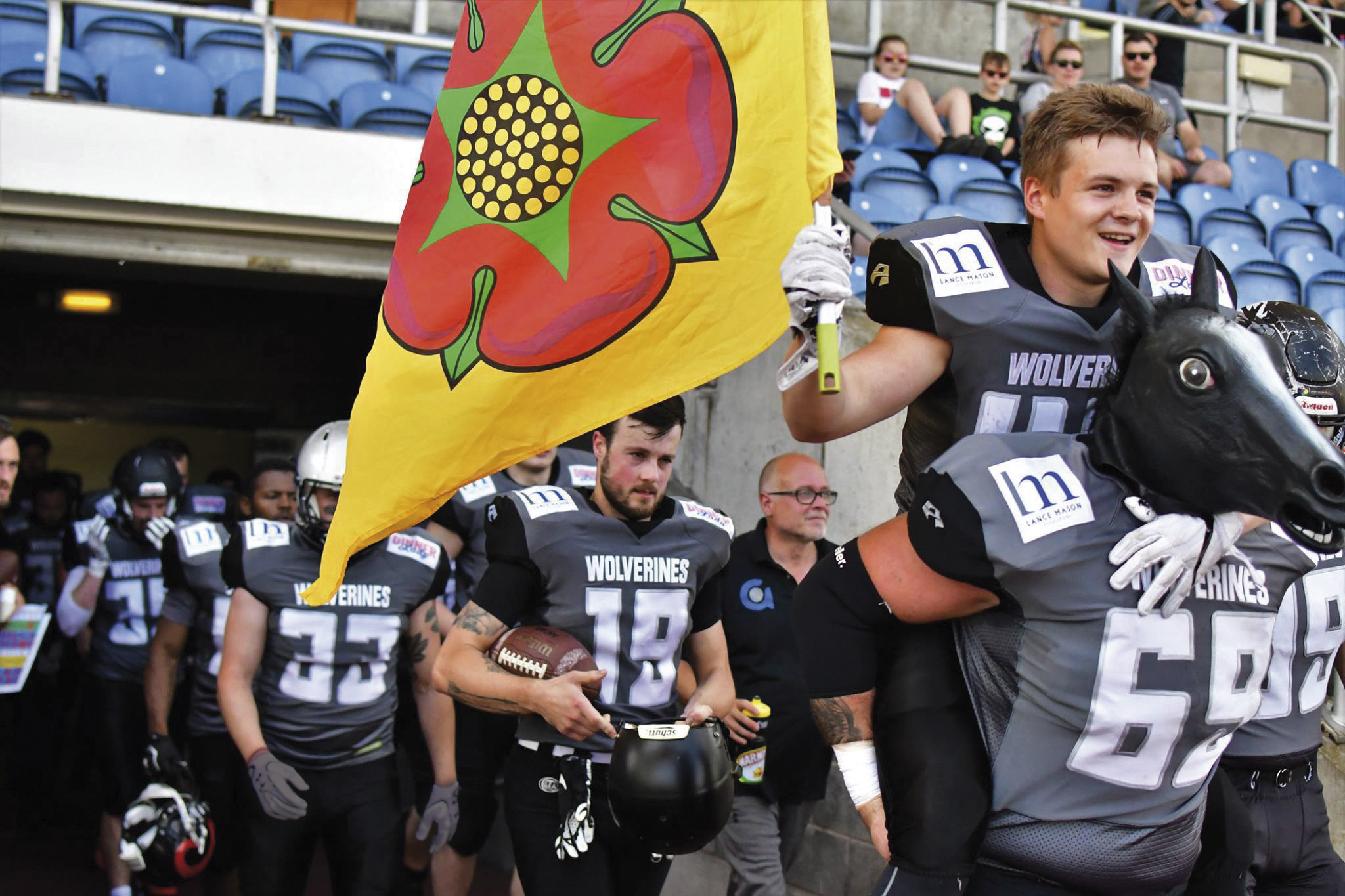 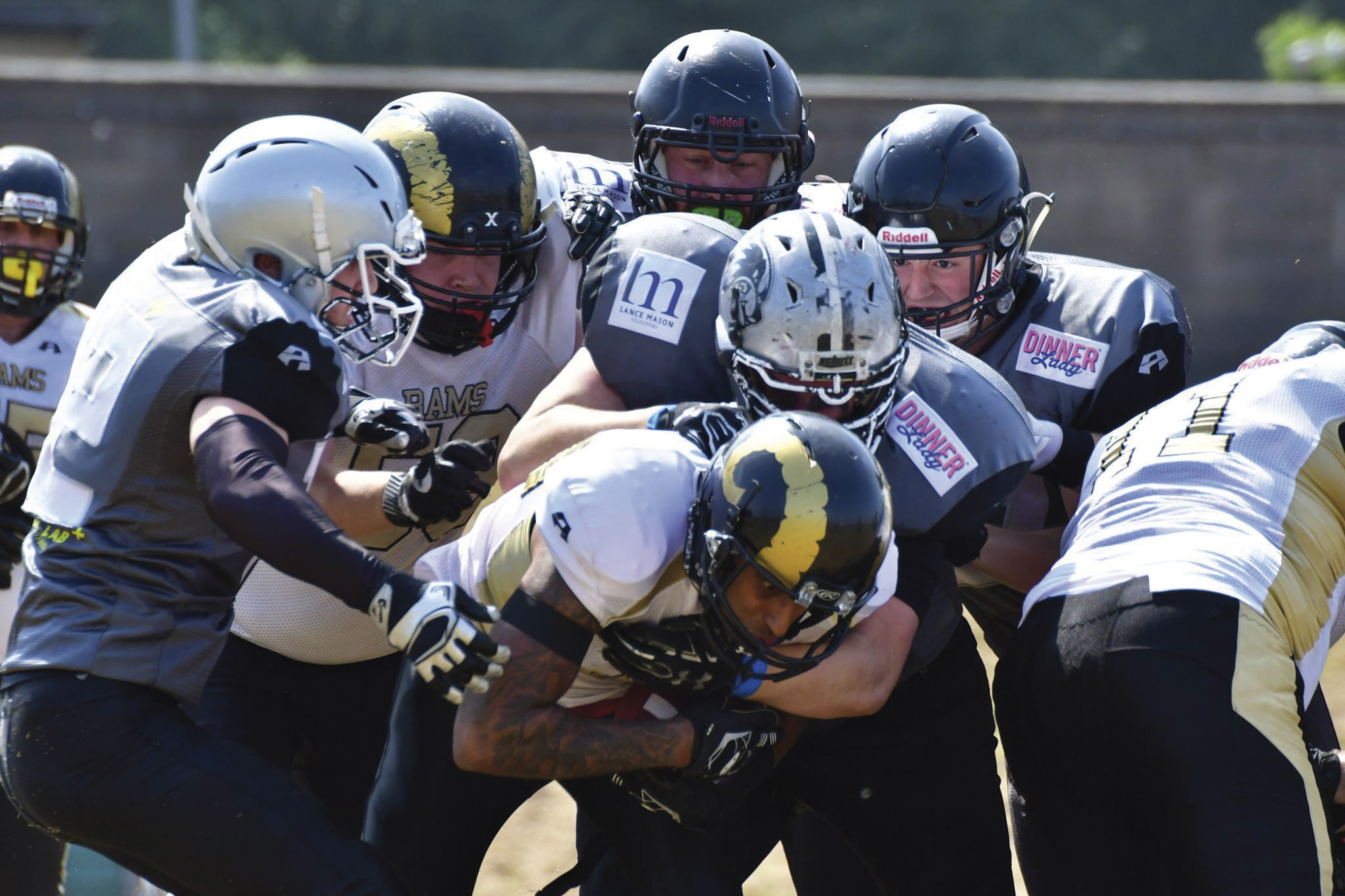 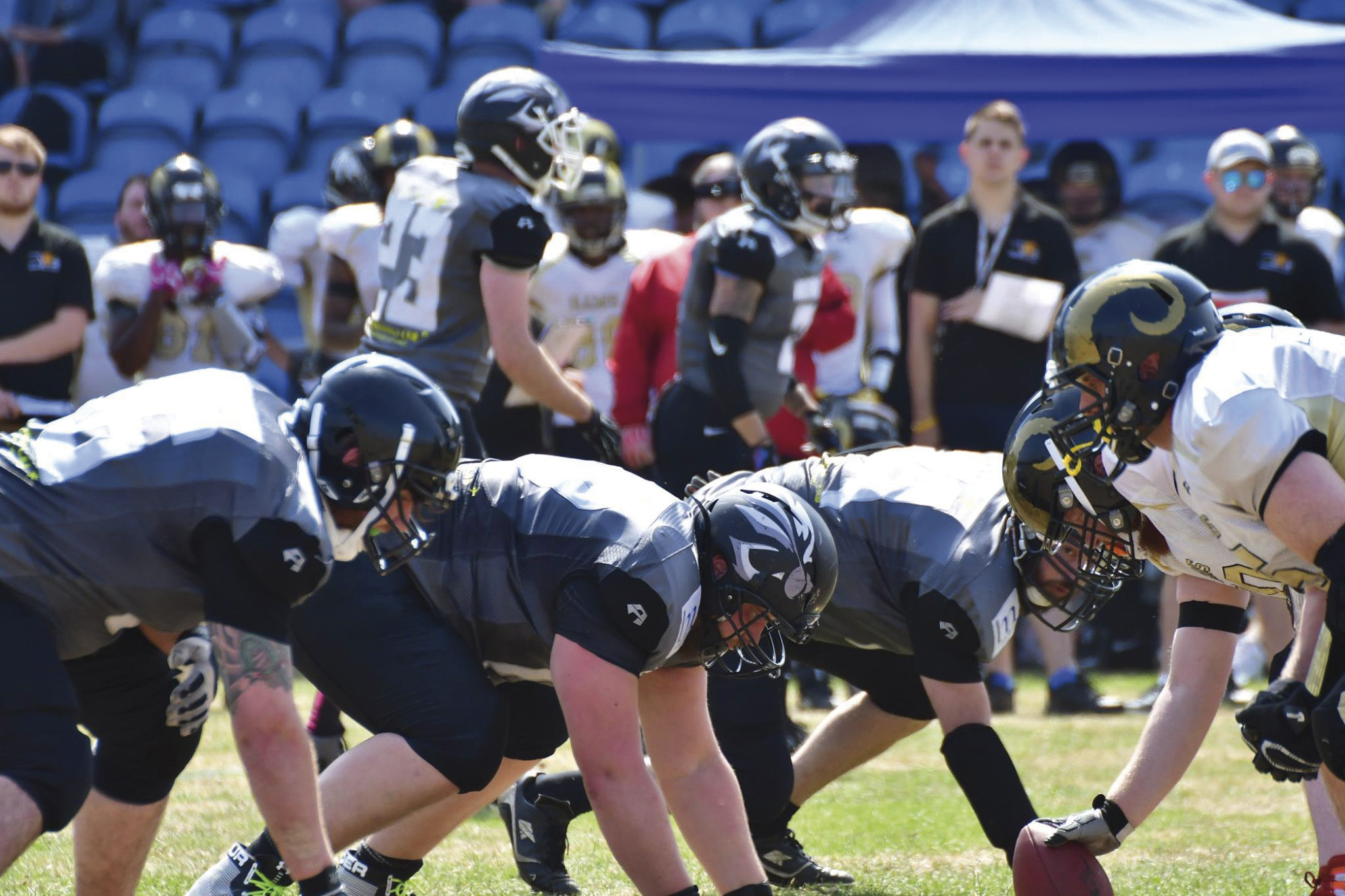 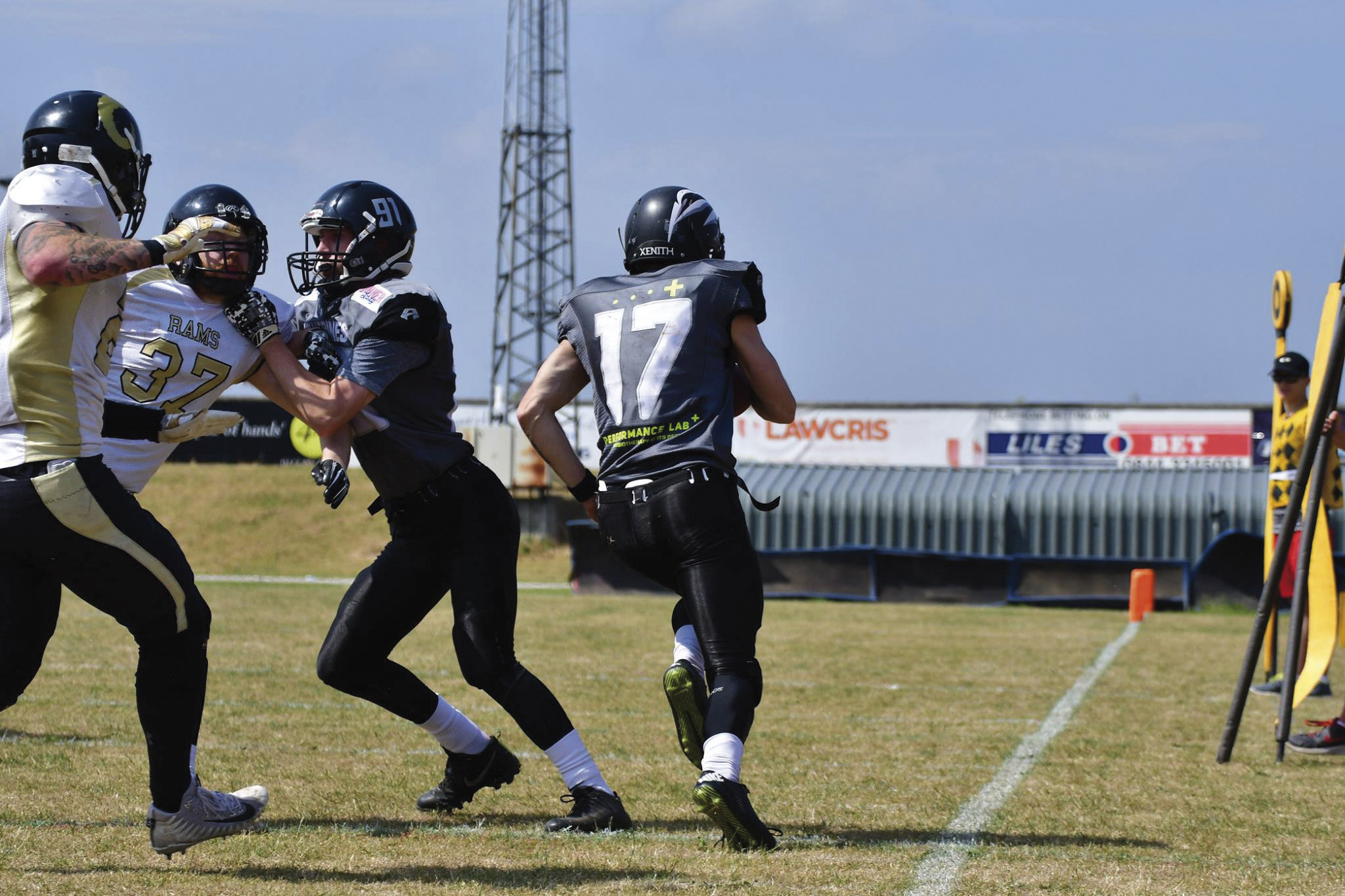 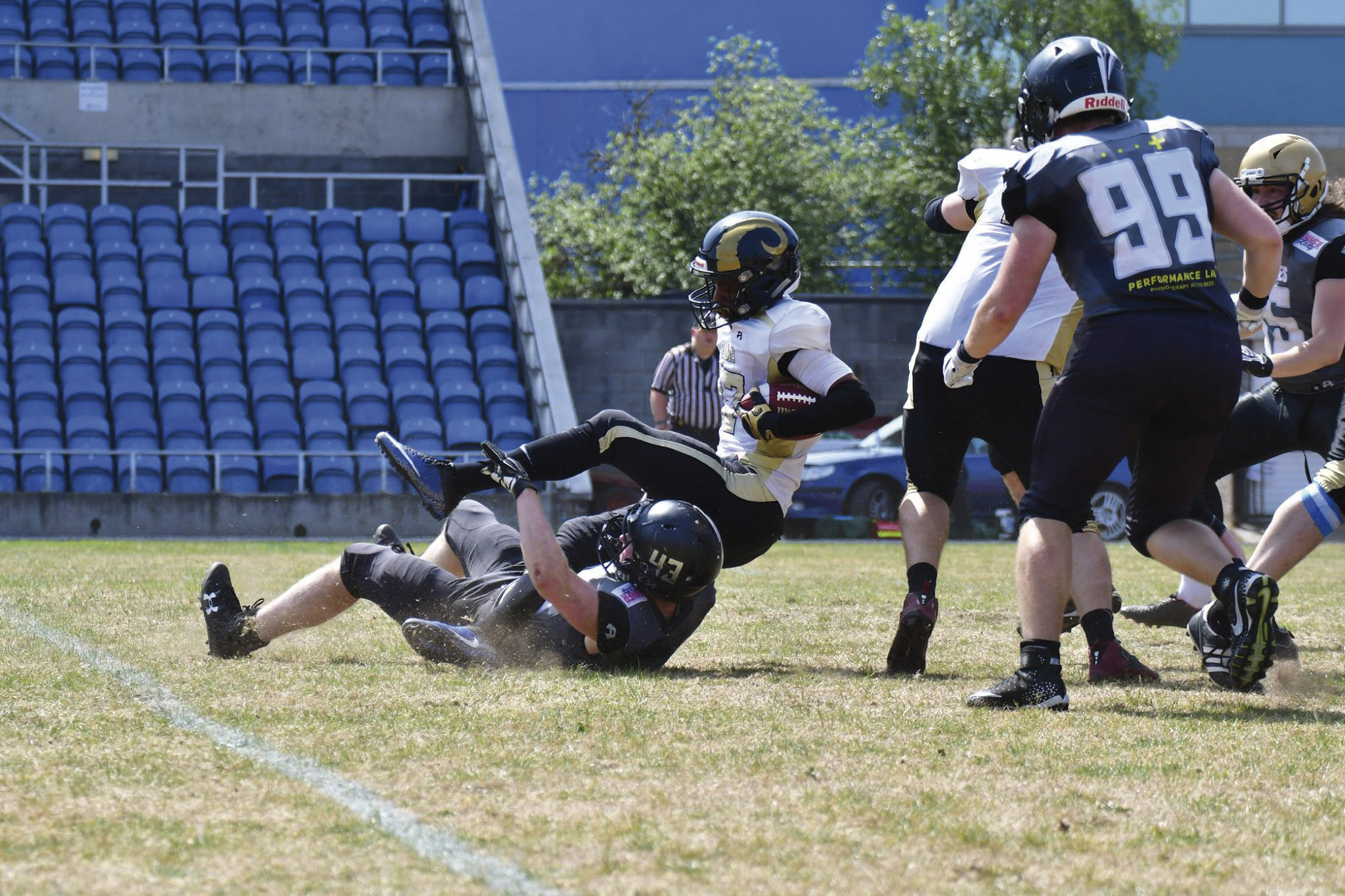 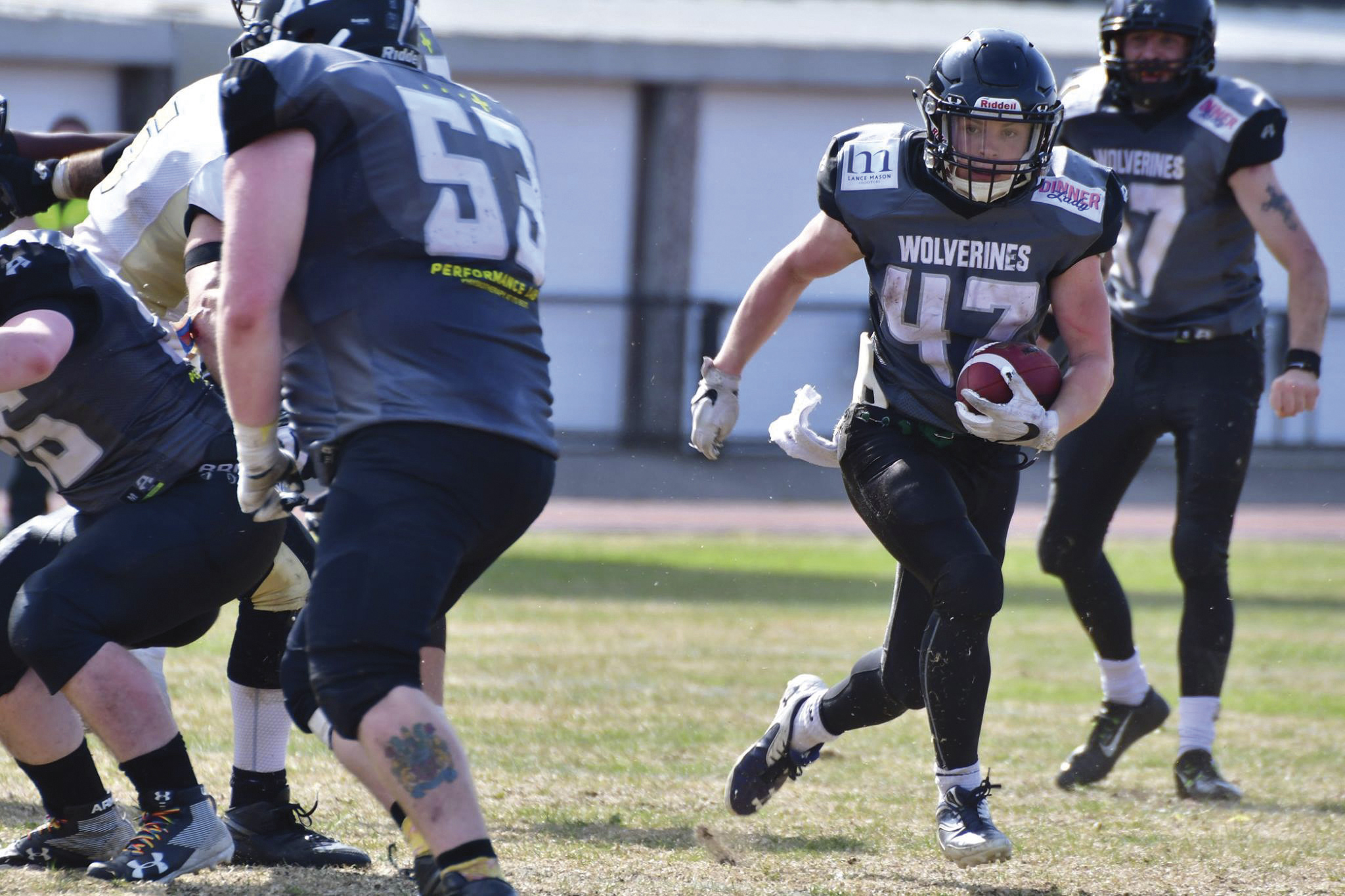 On a tranquil Sunday afternoon in the County of Yorkshire, all was calm and all lived without worry. Until the clock struck twelve and your Lancashire Wolverines rocked out of the battle bus to take on the Yorkshire Rams. No more tranquillity, no more calm, your Wolverines were in the flock.

The game began with both roses flying high, the red and white moulded in harmony as they once did in the King’s badge to commemorate the passing of the mother of Ram’s linebacker Lysander Code.

Your Wolverines took the ball and posted an underwhelming initial drive, returning the ball to Yorkshire allowing them to capitalise with an offensive bid of their own. Touchdown. Rams running back Keimar Stuart made space with a convoy of blockers to take it 67 yards. First defensive play. First points conceded. Wolverines 0 – 6 Rams. But Wolverines don’t appreciate being backed into corners. Extra point no good.

Another fruitless offensive drive from the Wolverines, this time ending in an intercepted pass leaving Yorkshire in a favourable position to throw more points up. Wolverines are good at defence. No score.

The ever-present Wolverines offence then began to click. Leading to a drive ending unfortunately at the 1-yard line after a strong defensive stand by the white roses. That didn’t matter, the Wolverines defence smelt blood. Stranded on their own 1-yard line, there was panic in the herd. Ball snapped, game changer! Wolverine’s linebacker Andrew Stackhouse clattered into his Ram counterpart sending him down in his own end zone for a safety and the first Wolverines score. The Wolverines charge had begun. Wolverines 2 – 6 Rams

The Rams followed this with a solid drive down the field, again ending defeated. However, after another Yorkshire interception, it appeared a slight momentum shift was coming. This shift was quickly thwarted by the Lancashire defence and a muffed punt left the Wolverines offence in prime position for some more lamb chops. Not much to say about the next score, Mead to Schofield, beautifully taken in bounds at the back of the end zone. Wolverines 23 – 6 Rams after the 2-point attempt was converted by a slaloming Mead. So ran the first half.

A quieter second half for the Wolverines began with that combo again, Mead and Schofield making the Rams secondary look sheepish. Wolverines 29 – 6 Rams.

Now time for the white rose to have a go. A kick return from Tyler Broad of the Rams and a subsequent 2 pointer put them back in contention and was shortly followed by another lengthy run by Keimar Stuart putting the score to Wolverines 29 – 20 Rams after a 2-point attempt was scuppered by the Wolverines defence. That was it, all she wrote, the first battle had been won. The red rose flew high with the white rose lying in the dust. What a day, what a game, what a Rams unbeat… Oh, wait.