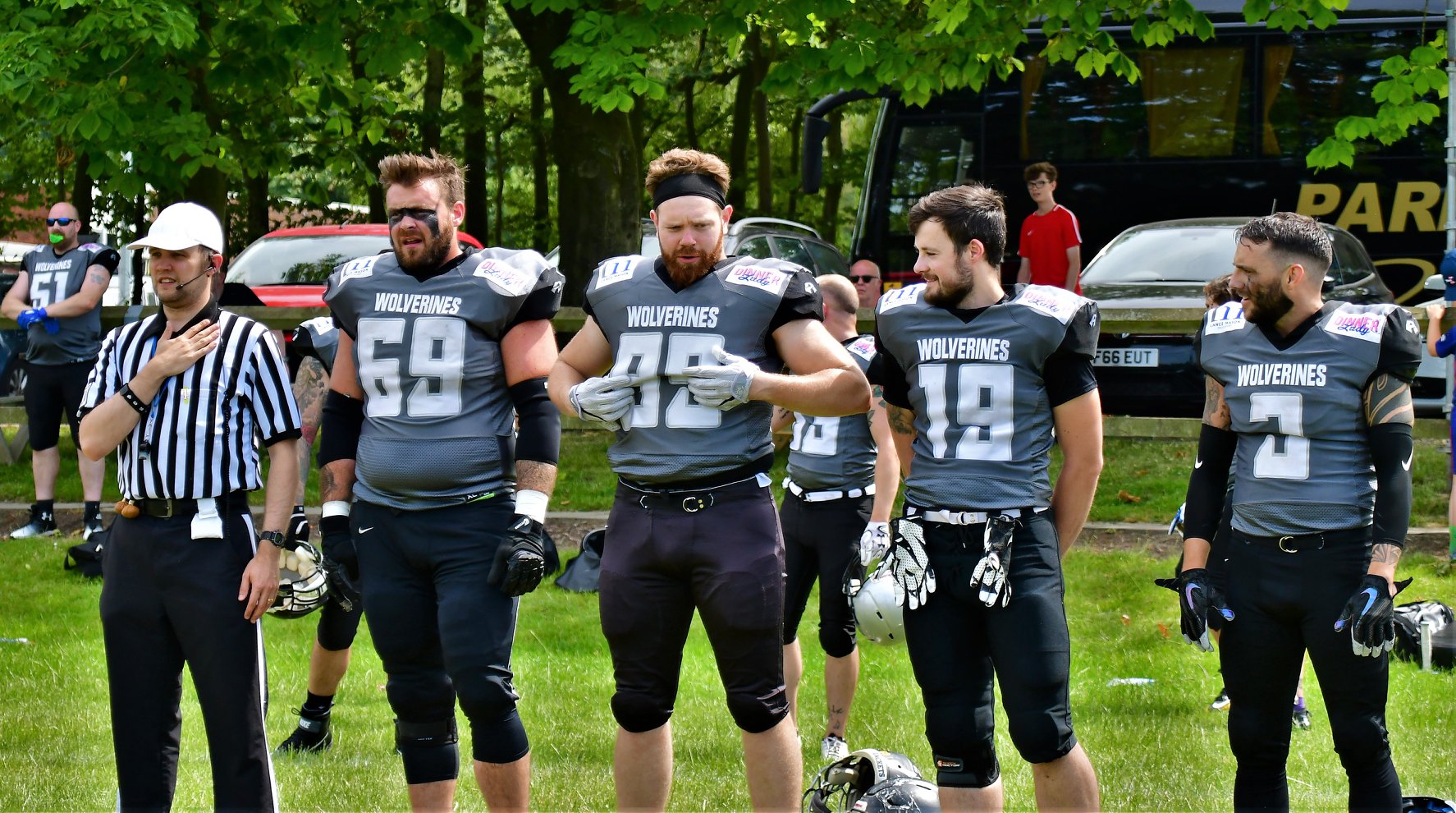 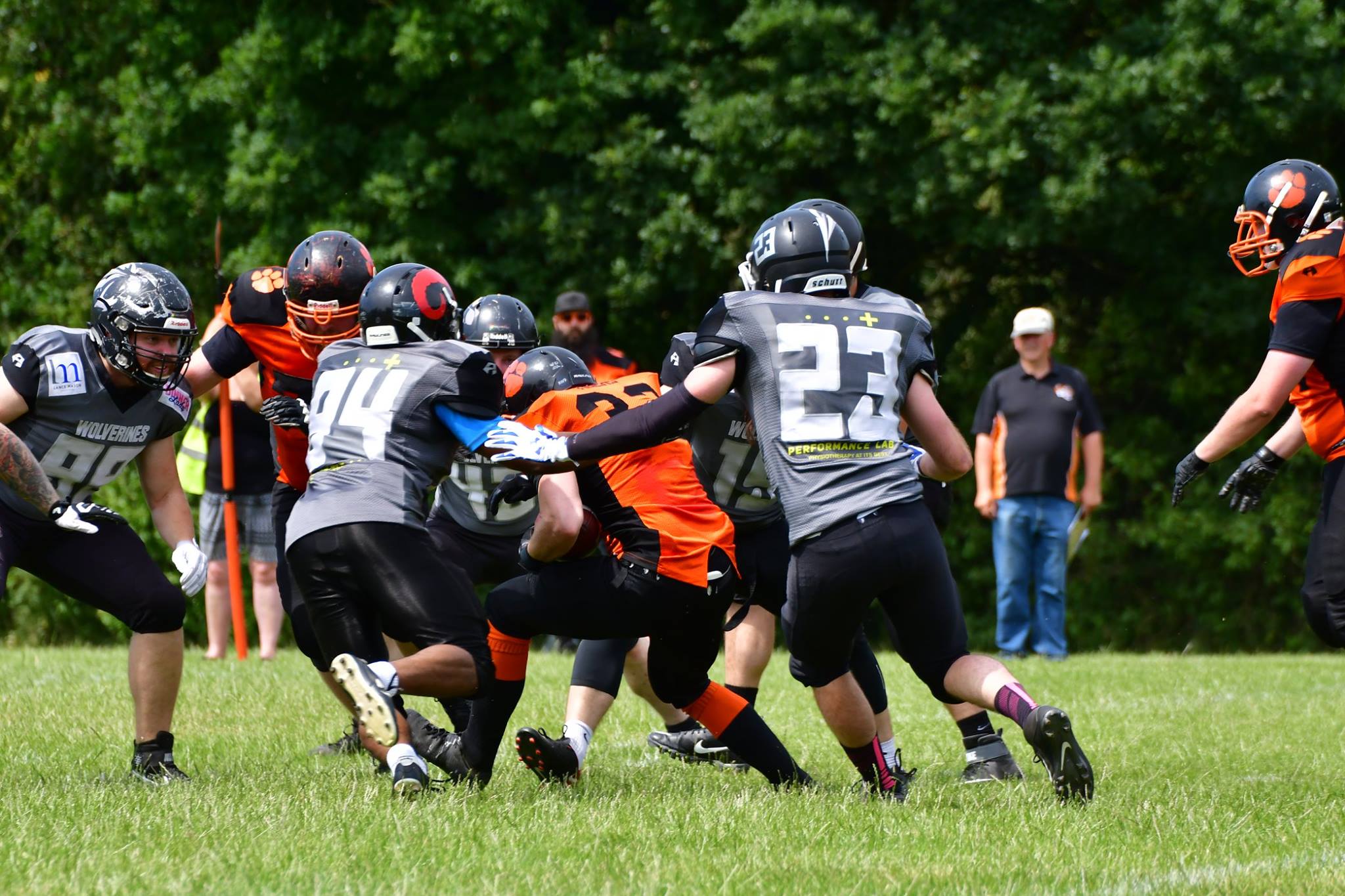 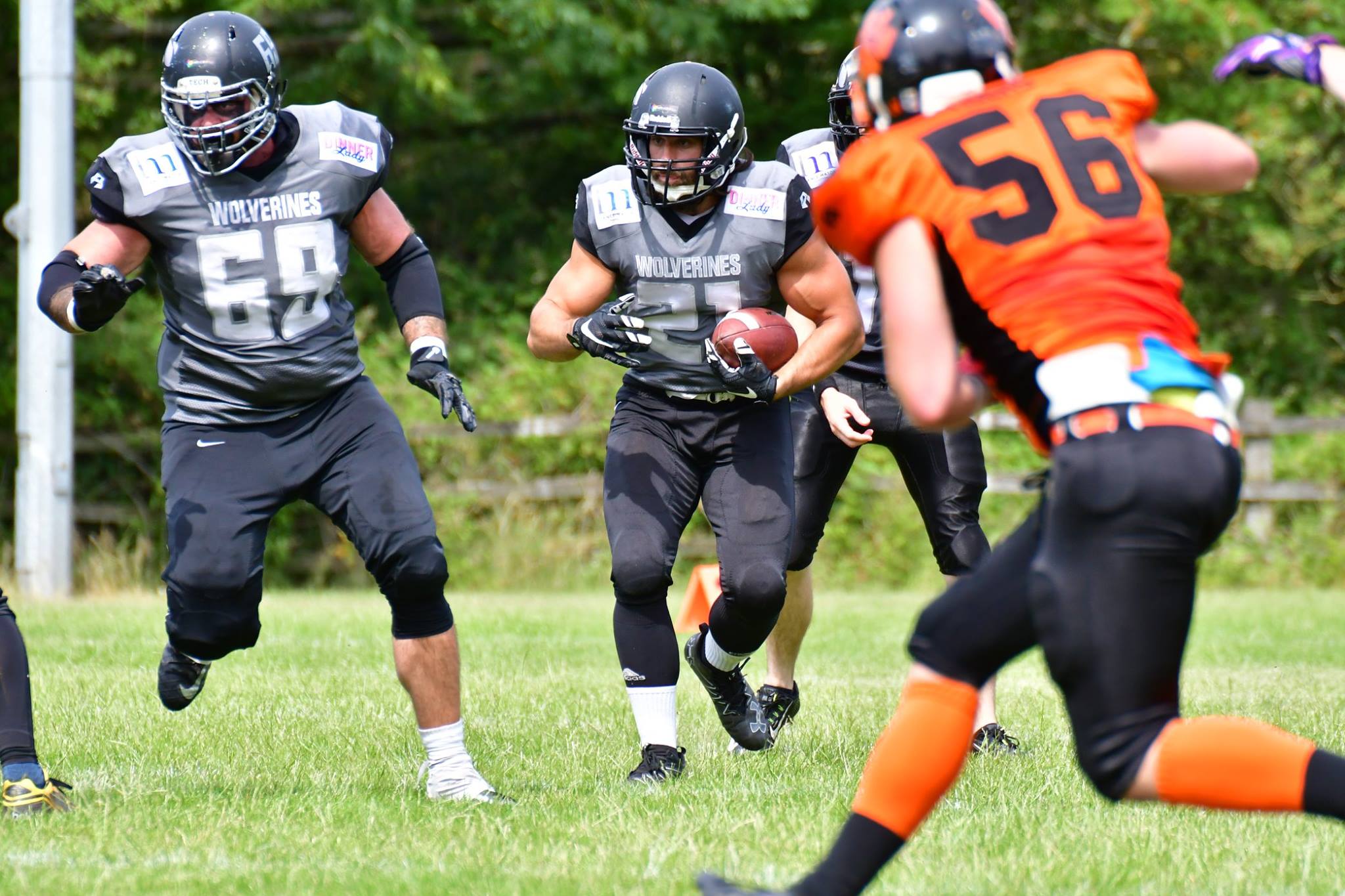 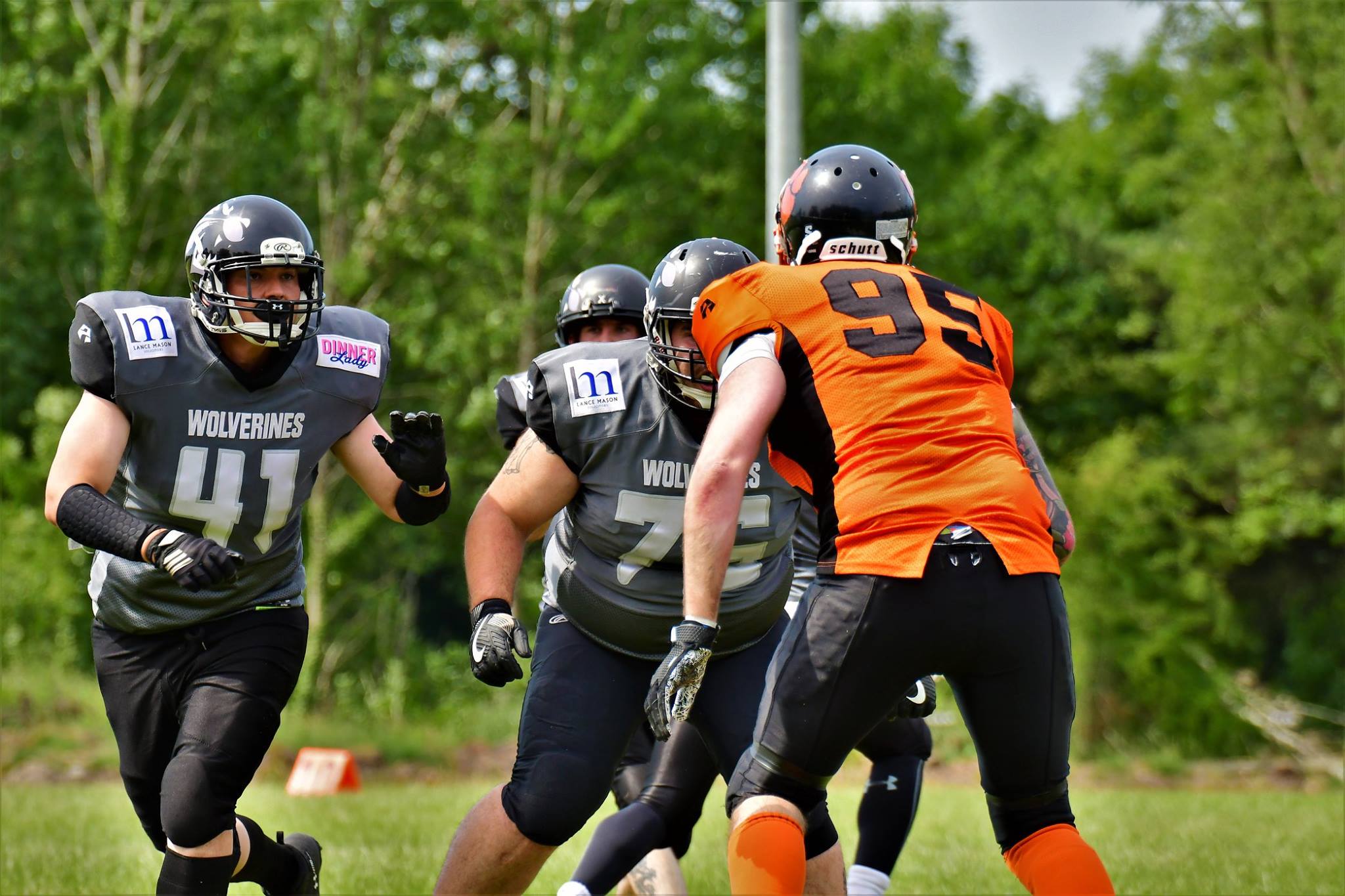 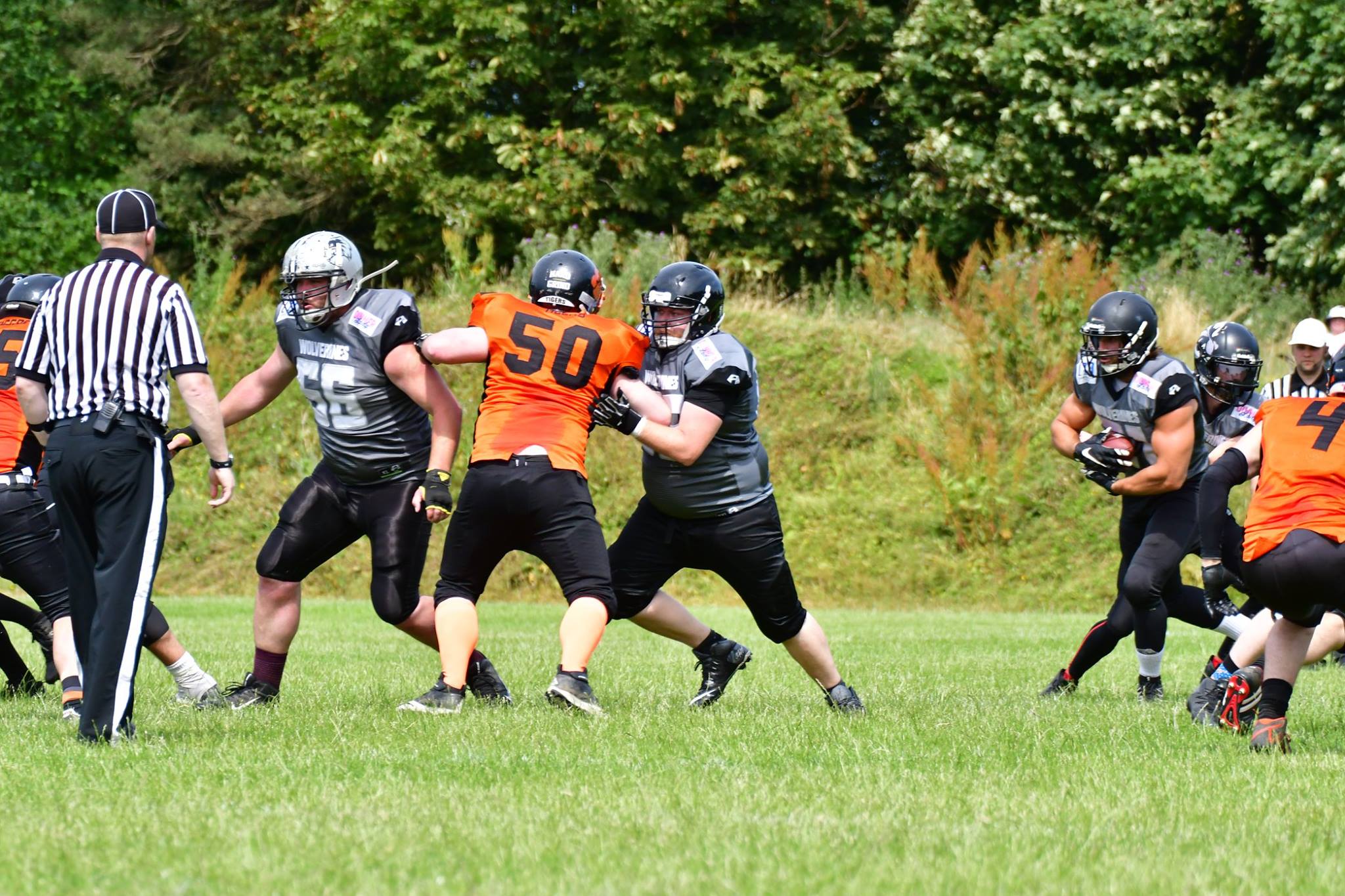 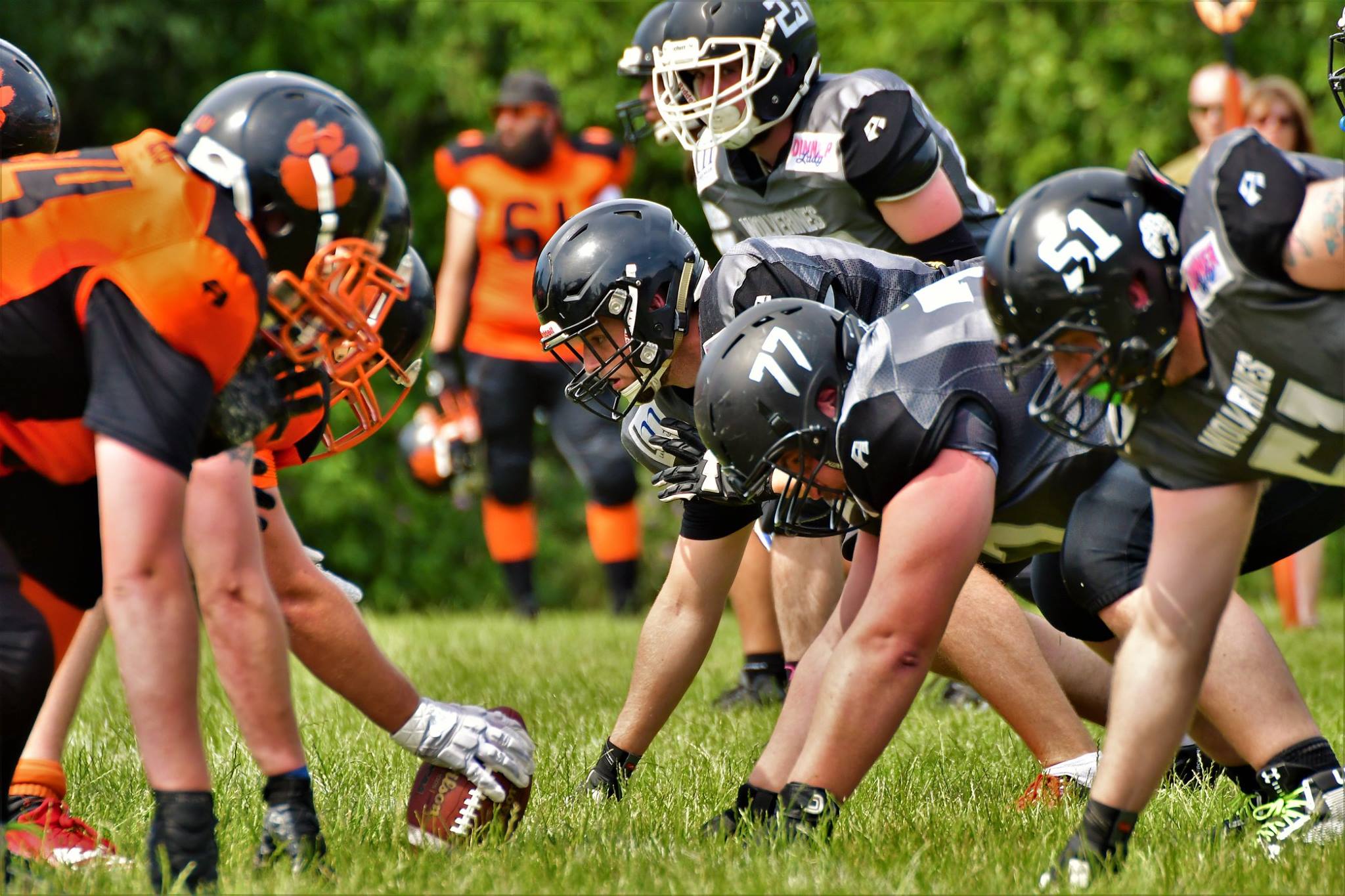 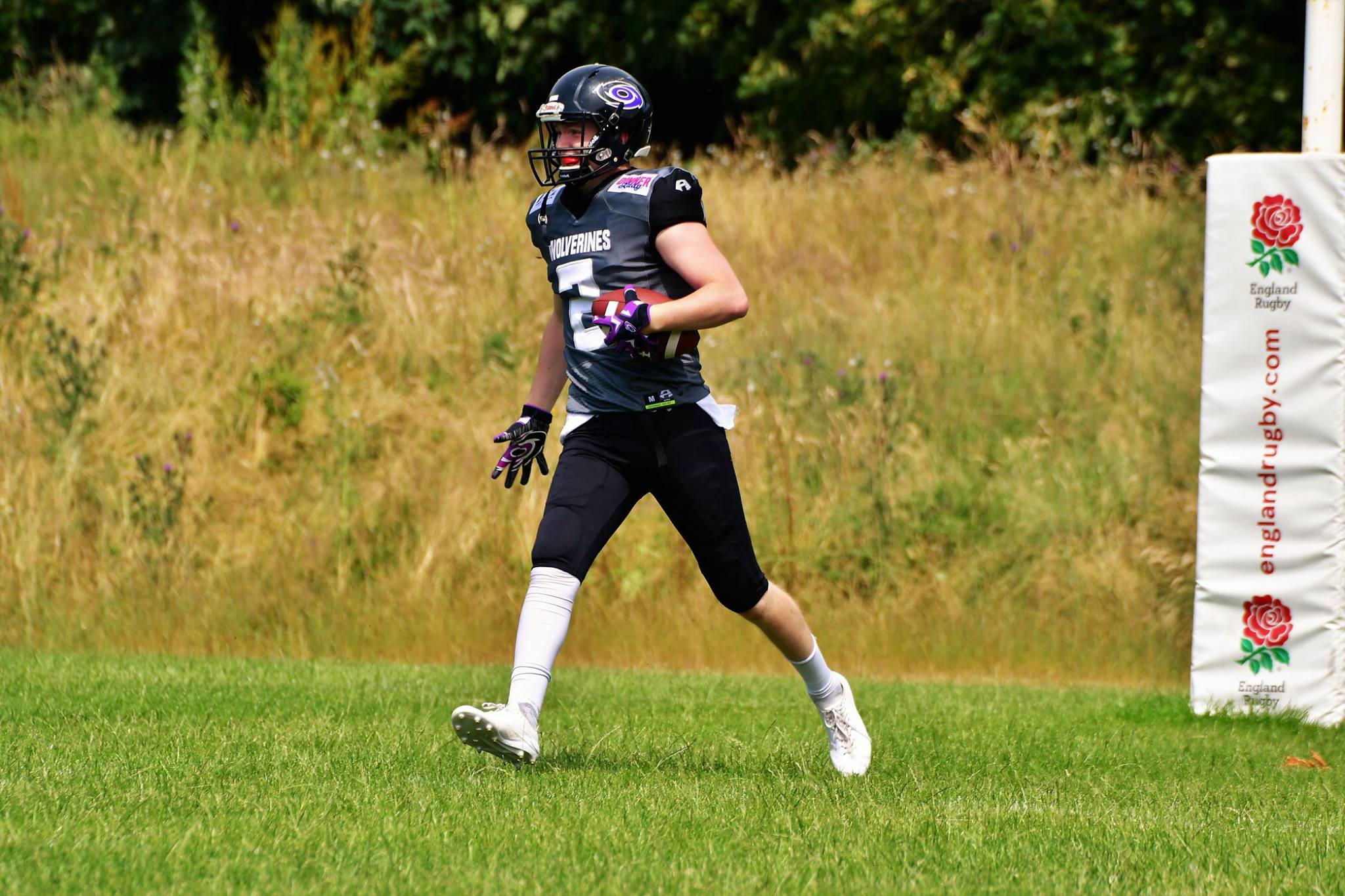 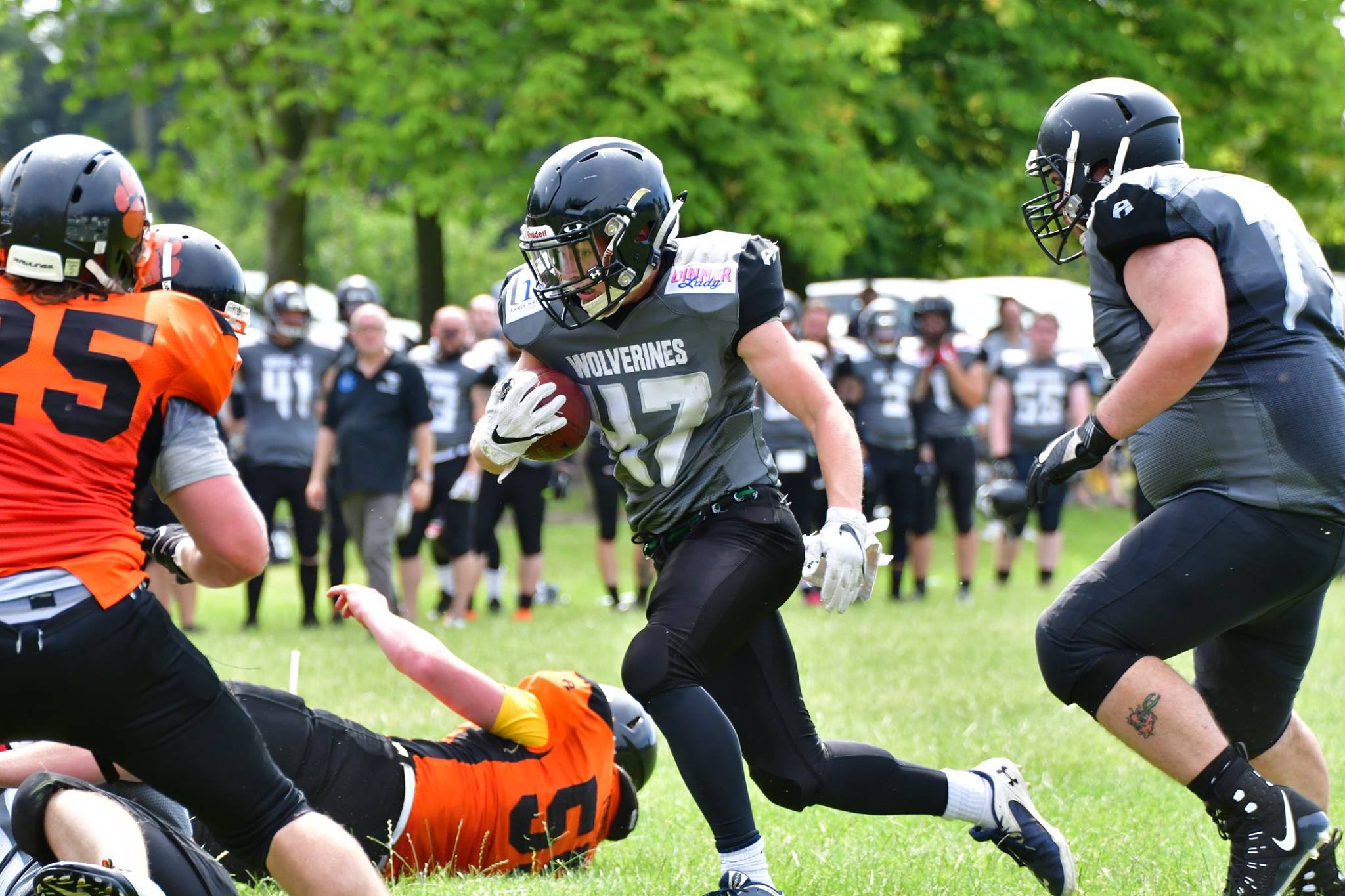 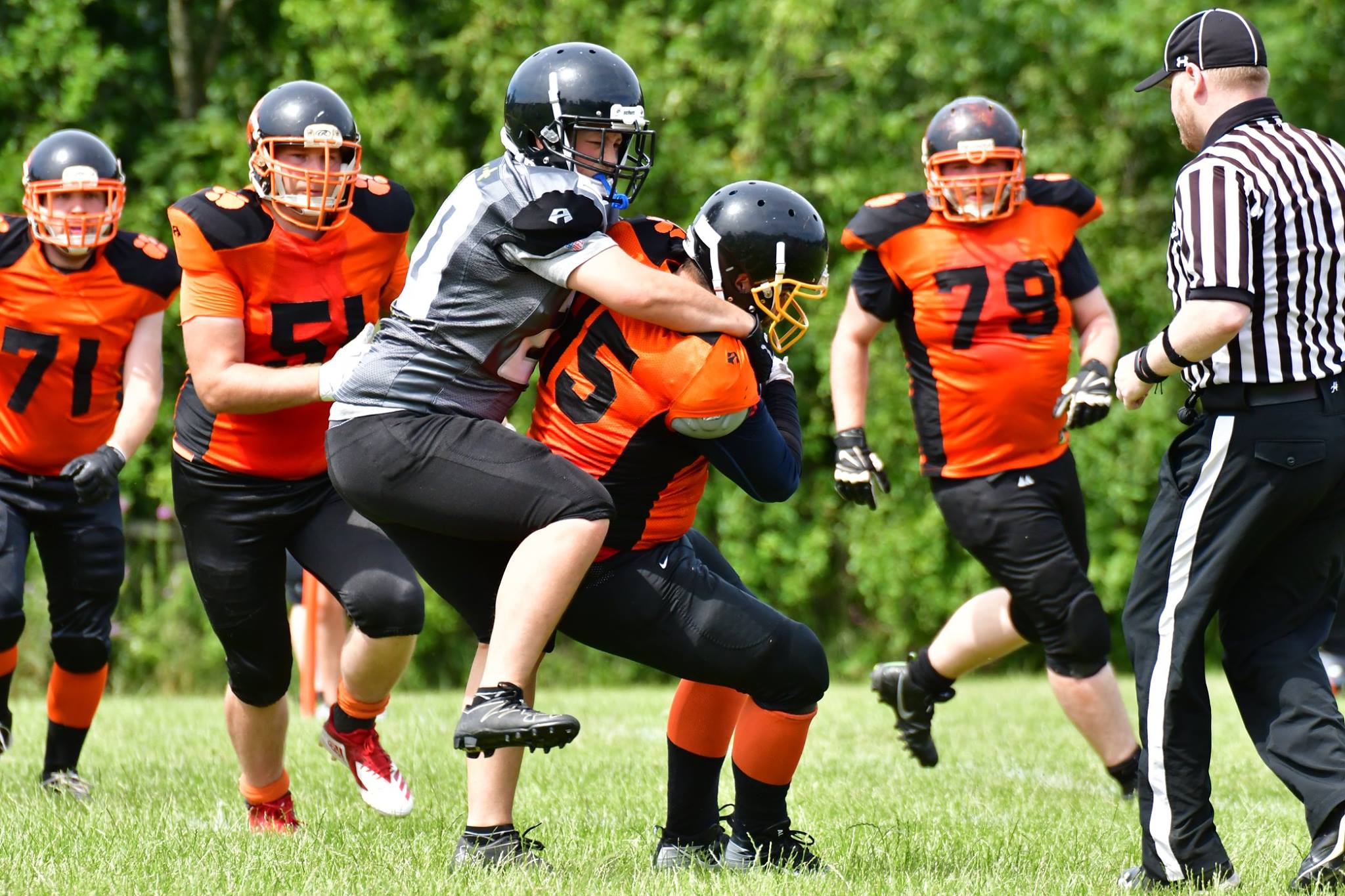 Tigers may be fierce but Wolverines got the fight. Another fine, sunny Sunday in lovely Lancashire was the perfect stage for the Lancashire Wolverines to continue their assault on Division 1 North. Going into the competition on a 4 game winning streak, the Wolverines were out for more.

The first score of the game came early from the same duo that has torn teams apart in previous weeks, David Mead to James Schofield over the top of the defence for a big first score. There are no more superlatives available for these two as they’ve been so potent throughout this season. The same level of adoration can be given to the Wolverines defence who continued to prevent the scoring week in, week out. Eric Eccles knocked through an extra point to make the game Wolverines 7 – 0 Tigers.

Even when the Tigers managed to prevent a touchdown in the first quarter no care was given by kicker Dino Vernazza as he went out to smash home what was apparently a 200 yarder (it was around 37 yards)! All aided by a beautiful laces out hold by that man Schofield. Wolverines 10 – 0 Tigers. More impressive stops from the stout Wolverines defence lead the offence to another score with quarterback David Mead bounding in through tackles to put the Wolverines up 16 to zip.

Conan time. Affectionately known as Conan, for many reasons (mostly based on physique), running back John Halliwell was given his first run out of the day and boy did he deliver. With the monstrous offensive line handing out the syrup, Halliwell waved off the few tacklers that made it through and took it to the house showing he’s not just size, there’s some speed in those legs too! An unfortunate Glaswegian defender suffered an injury during this play and we wish them all the best in their recovery. Stops by both defences saw the half run to an end.

The theme of the first half continued on early in the second with returning wide receiver Chris Astley showing why he was named the Offensive Captain and taking a pass behind the secondary to the house (pass from Mead). Dino Vernazza’s kick had clearly turned heads as he lined up for extra point duty and knocked it through. Following this, the defence AGAIN showed up to the party with a huge play from Lee Moir picking the ball off and allowing the offence another rampage. Then followed more Conan, a short swing pass beautifully blocked by the receivers, (receivers are blockers too) and further downfield by the rallying offensive line. Wolverines 35 – 0 Tigers.

The scoring for the day was finished off by the defensive side of the ball who dominated in this game allowing no scores and providing a safety on the back of a holding call on Sam Thompson to kill the Tigers off quicker than the Chinese medicine trade. Wolverines 37 – 0 Tigers. Final whistle. 5-1-1 for the Wolverines and going on to visit the Tigers home in the following week. Can this streak continue, let’s hope!