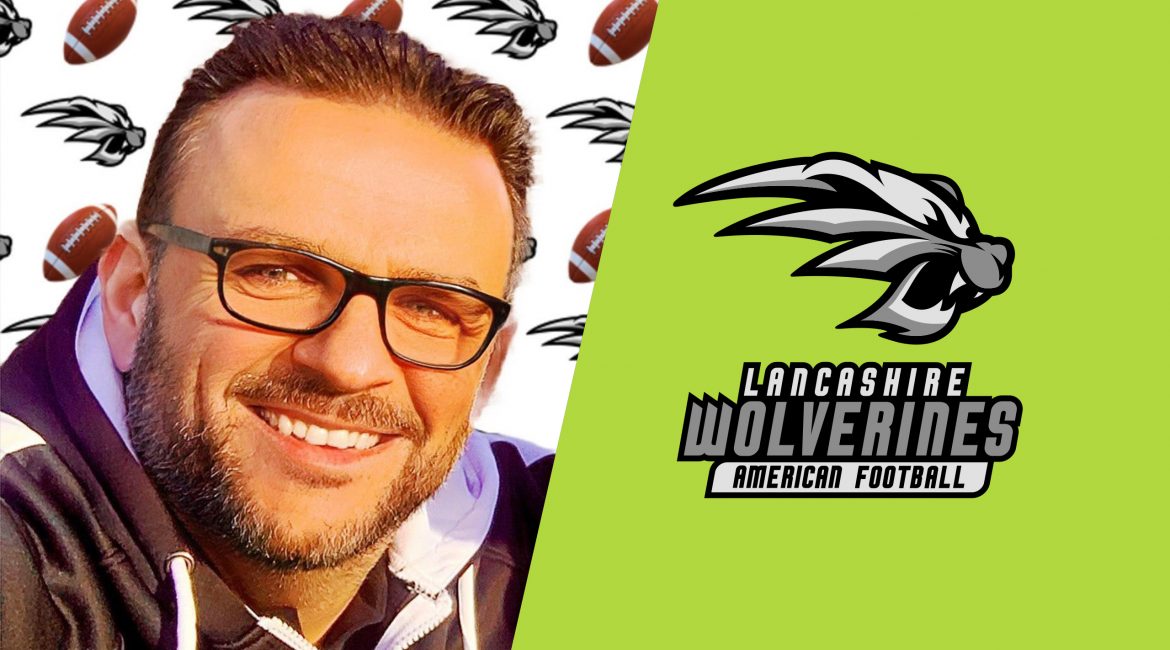 The Lancashire Wolverines are delighted to announce that Lea Hall has been appointed Head Coach with immediate effect. Coach Hall replaces John Halliwell, who has stepped down to return to playing.

Lea has been involved with American Football in the North West since starting out in the late 80s at Fylde Falcons. He would go on to play for GB Crusaders U19 at Running Back and on Special Teams before joining the Wolverines for the first time in the early 90s.

Lea rejoined the Wolverines as Running Backs coach in 2017 after a time away from the sport pursuing a career in Sales Management.

I hope with my past experience playing the best team sport combined, my years of leading successful teams in business and my passion and will to win will be a great foundation for building a successful team.

Club Chairman, Tony McCulloch said “we are excited to announce Lea as Head Coach. We have no doubt that with his unbeatable man-management experience alongside his footballing love and background he can help the team, and the club grows over the next few years.”

Coach Hall will work with his coaching team to prepare Lancashire Wolverines for 2021 after 2020 saw BAFA cancel the season due to the COVID-19 outbreak. If you are interested in taking up the sport contact us on social media or contact lancswolverines@gmail.com